Senators continue battle with the Central Bank of Nigeria (CBN) over its insistence on the January 31 deadline for the withdrawal of old naira notes from circulation. Lawmakers argue that globally, currency notes are phased out and not forced out

Senators continue battle with the Central Bank of Nigeria (CBN) over its insistence on the January 31 deadline for the withdrawal of old naira notes from circulation.

Lawmakers argue that globally, currency notes are phased out and not forced out 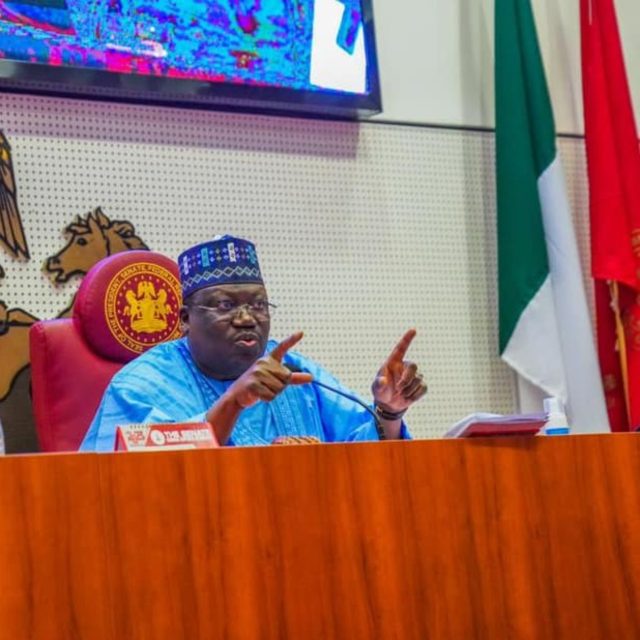 In a unanimous decision among lawmakers on Tuesday, the Senate voted for an extension of the deadline for withdrawal of old naira notes from January 31 to July 31, 2023.

The resolution followed the adoption of a motion brought on the floor of the Red Chamber by Senator Sadiq Suleiman Umar (APC, Kwara North), who lamented that there are not enough new naira notes in circulation and, as such, moved that the date should be extended by six months.

Moving the motion, Senator Umar recalled that the Senate, in its resolution on December 28, 2022, urged the Central Bank of Nigeria (CBN) to extend the use of the old notes from January 31 to July 31. He thus added that the apex bank had, however, insisted on terminating the use of the old naira notes by end of January

“Experiences around the world have shown that such abrupt decisions if not controlled, usually created chaos.The Senate should extend the use of the old notes to July 31,” he said.

Supporting the motion, Senator Ibrahim Hadejia (APC, Jigawa North East) noted that the call for extension was for their constituents and not for their (lawmakers’) personal benefits. “In my constituency, no Automated Teller Machine (ATM) is dispensing the new notes.”

Similarly, Senator Adamu Aliero (PDP, Kebbi South) said that the policy would inflict untold hardship on people living in rural areas. “The CBN governor should be invited,” he said. For Senator Adamu Bulkachuwa (PDP, Bauchi North), the extension was necessary otherwise, there would be chaos.

On the part of Senator Biodun Olujimi (PDP, Ekiti South), she lamented that in her local government area, about 90 percent of her constituents have not seen a glimpse of the new naira notes, calling on the apex bank to “look away from the elections.” She said that if the deadline is not extended, it would lead to collateral damage which would not augur well for the economy.

Senator Mohammed Ndume (APC-Borno South) called on the Senate to use its oversight responsibility on the CBN to “order the the CBN governor to extend the date,” adding that the power of the Senate should not be played down while calling on the Senators to stand firm on the call for an extension.

For Senator Sam Egwu (PDP-Ebonyi North), who was the only lawmaker that opposed the motion, “Nigerians do not have the culture of keeping their money in the bank. It is in Nigeria where cash is used arbitrarily; other countries use electronic means. Nigerians are just averse to change.”

In his remarks, the President of the Senate, Ahmad Lawan, said that most of the senatorial districts did not have banks.

“In rural Nigeria, there are no banks and people transact businesses with cash more often. There is no doubt that we must have window for exchange. We must have policies by the CBN to have bank branches established in rural areas. We need this extension for the most ordinary Nigerians,” Lawan said.

The Senate had urged to the CBN to extend the deadline for the withdrawal of old naira notes from circulation from January 31, 2023 to June 30, 2023, following the adoption of a motion raised by Senator Ali Ndume, representing Borno South Senatorial District during a plenary session. Senator Ndume had cited orders 41 and 51 of the Senate Standing Rules to seek the leave of the Chamber to move a motion on the urgent need to extend the circulation of old naira notes.

It also urged the CBN to open an exchange window where people who don’t have bank accounts to deposit their old notes.

President Muhammadu Buhari unveiled the redesigned naira notes in November 2022 following an October 26 2022 announcement by the Central Bank of Nigeria (CBN) about its plans to redesign the 200, 500, and 1,000 naira notes.