The House of Representatives has 360 members but there are a certain number of lawmakers that must be present for a plenary session to go on. This week’s episode of #MondayMeme is an exposition on what constitutes a quorum in the green chamber

The Nigerian House of Representatives has 360 members. To hold a plenary session, however, a certain number of lawmakers must be present for such legislative business to go on. This week’s episode of #MondayMeme is an exposition on the subject for the green chamber of the National Assembly. 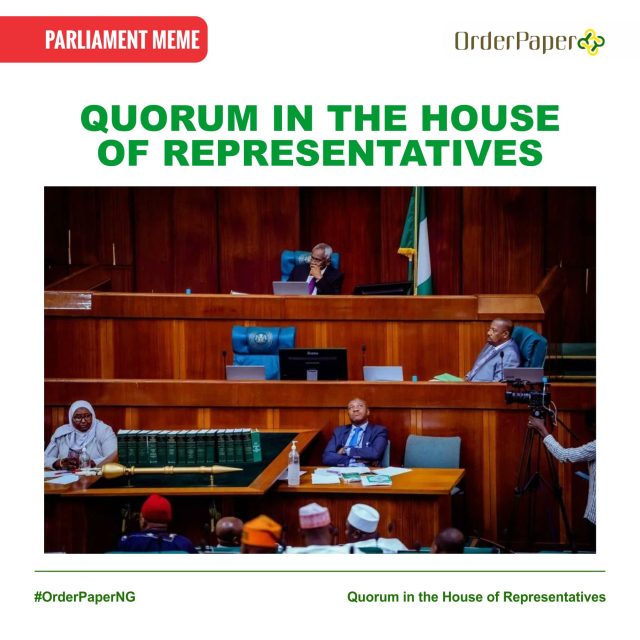 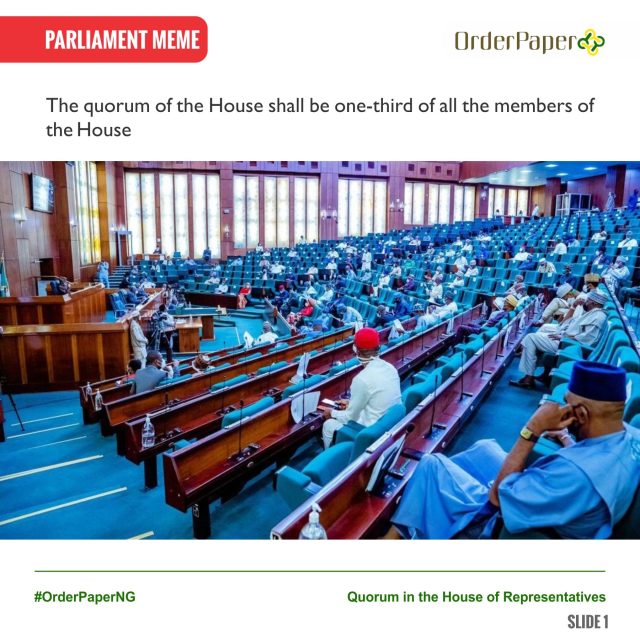 A DIVISION OF THE HOUSE

In the event that the Speaker’s attention is drawn to the fact that a quorum of the House is not present, he/she shall cause members to be summoned as if for a division.

This is also applicable if, from the number of members participating in a division (including those members who declined to vote), a quorum appears not constituted. 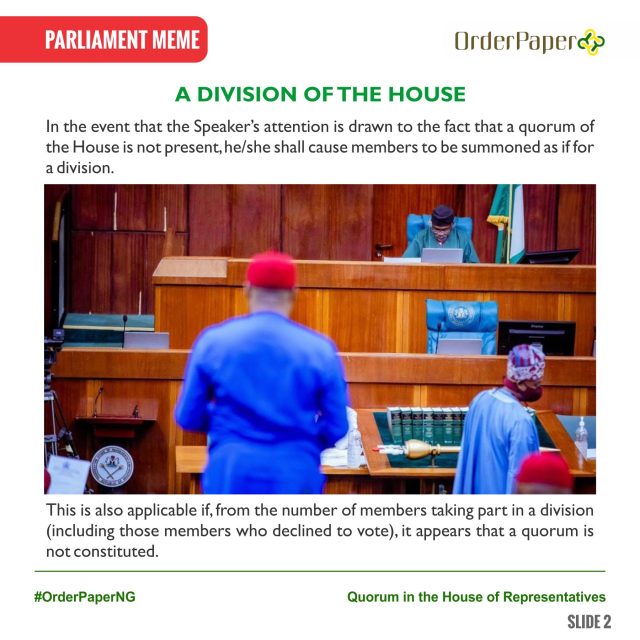 ADJOURNMENT IF QUORUM IS NOT MET

At the expiration of fifteen minutes from such order, the Speaker shall count the House and, if a quorum is not then constituted, shall adjourn the House forthwith. 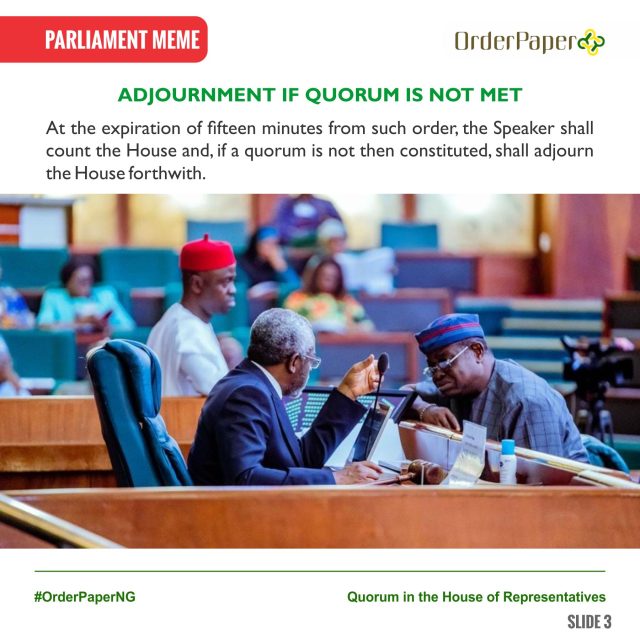 QUORUM IN COMMITTEE OF THE WHOLE

If notice is taken in a Committee of the Whole House that a quorum is not present, the Chairman shall follow the course pursued by the Speaker in accordance with paragraph (2) of the House Standing Orders.

If he ascertains that less than one-third of all the members are present, the Chairman shall leave a Chair, and the House shall be resumed; whereupon the Speaker shall count the House. 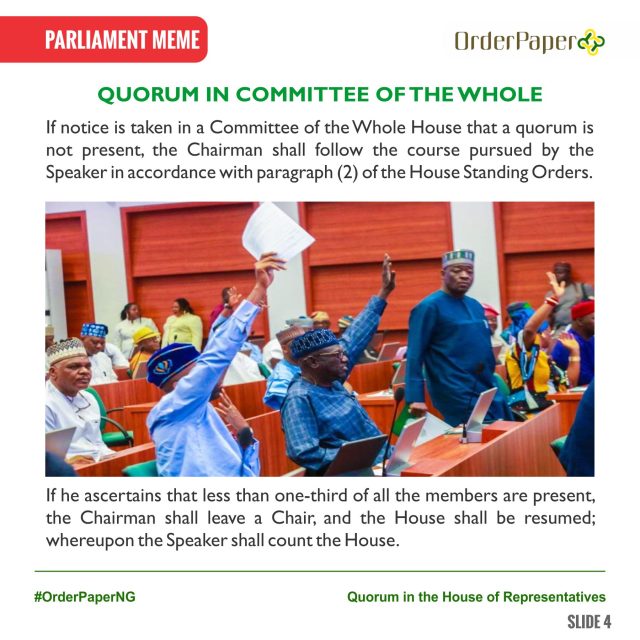 If from the number of Members taking part in a division, including those who decline to vote, it appears that a quorum is not present, the divisions shall be invalid, and the business then under consideration shall stand over until the next sitting. 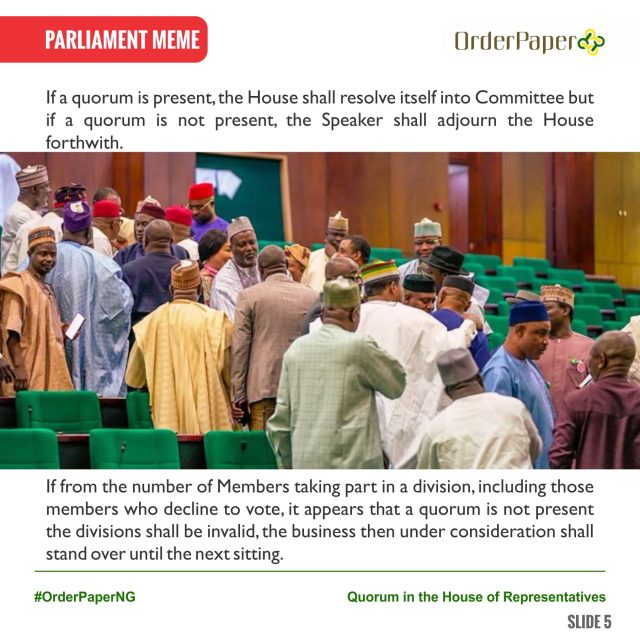 In the event of a Joint sitting, the quorum shall be one-third of all the Members of the National Assembly.

READ ALSO: Parliament Meme: Behaviour of Members in the House of Representatives

Tama Monday Yari is a data scientist, political analyst, economic development consultant, and certified African Civic Engagement Professional from the University of Georgia, USA. He holds a Bachelor's Degree in Economics from Wellspring University and is adept at analysing political and economic trends

2023: Kwara Governor, Abdulrazaq has two mountains to climb. Can he?