A core part of the law making process is the debate on ‘general principles of a bill.’ Indeed, the House of Representatives and the Senate both adhere to conventional parliamentary procedures, just like most official  gatherings.

There are however, rules guiding this process in parliament and this week’s episode of #MondayMeme highlights some of the Rules of Debate in the Nigerian Senate; the red chamber of the National Assembly. 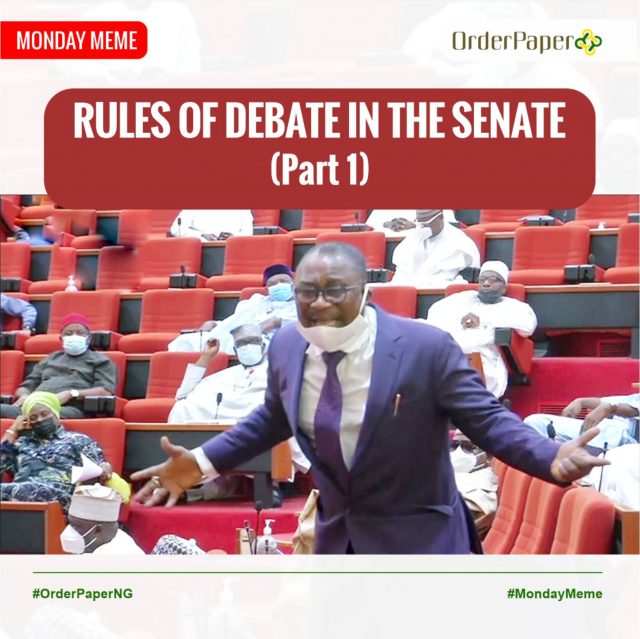 Below are a few of them:

Did you learn anything new?