Sponsored by Rep. Ganiyu Johnson, the bill seeks an amendment to the National Directorate of Employment (NDE) Act in order to ensure employment is in strict compliance with the provisions and principles of federal character

Sponsored by Rep. Ganiyu Johnson, the bill seeks an amendment to the National Directorate of Employment (NDE) Act in order to ensure employment is in strict compliance with the provisions and principles of federal character 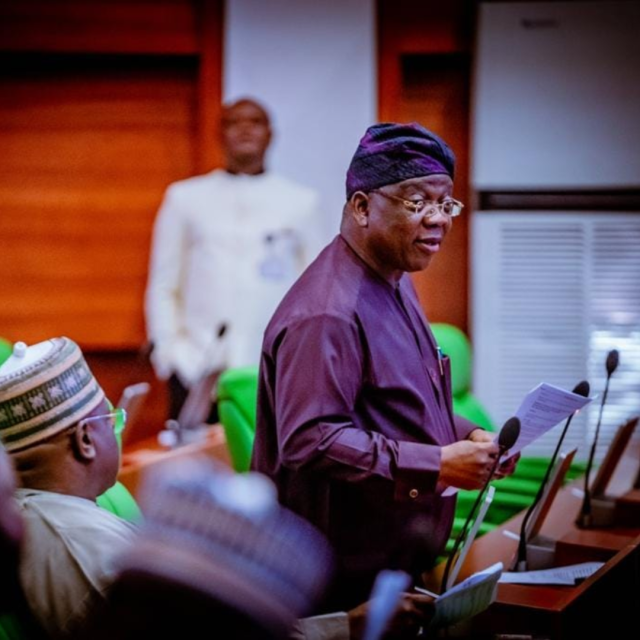 The House of Representatives on Wednesday passed into second reading a bill seeking to amend the National Directorate of Employment (NDE) Act CAP. N28 Laws of the Federation of Nigeria 2004, to among other things, empower the agency to ensure strict compliance with the provisions and principles of federal character in employment and vacancies in the country.

Sponsor of the piece of legislation, Rep. Ganiyu Johnson (APC, Lagos), said with the increasing number of unemployed persons in the country, it will be good to make it mandatory to ensure equity, justice and fairness.

In his lead debate, Ganiyu pointed out that “worldwide, economic depression of the early 80’s caused a rapid detonation in Nigeria’s economy leading to less employment opportunity for millions of Nigerians.

He added that “by the end of 1985, the unemployment situation in Nigeria, had reached desperate alarming proportions which led to the creation of National Directorate of Employment (NDE) to commit to employment, poverty reduction, wealth-creating, and attitudinal change to enable Nigerian Youths to be self-employed and contribute to the economic growth of the nation.”

The Lagos lawmaker explained that since it happened to be one of the criteria that Ministries, Departments and Agencies (MDAs) of government to promote transparency, then the same should be applied in the NDE.

“The Federal Character Commission happened to be one of the MDAs of the Federal government with the responsibility to promote, monitor and enforce compliance with the principles of the proportional sharing of all bureaucracy. economic, media and political posts at all levels of government.

In the urban areas where the educated tend to concentrate, the unemployment rate was especially high, running to over 10%. The youth and graduates were the hardest hit of all unemployed Nigerians, ranging upwards of 3 million. Three quarters were under 25 years of age. With growing joblessness, there was growing despondency among youths and their parents.

The Federal Character Commission came into existence and has the full force of law by the Act of this National Assembly on the 27th of December, 1995. And by Section 4 (1) (a), it provides that “(a) to work out an equitable formula.

Subject to the approval of the President, for the distribution of all cadres of posts in the civil and the public services of the Federation and of the States, the armed forces, the Nigeria Police Force and other security agencies, bodies corporate owned by the Federal or a State Government and Extra-Ministerial Departments and parastatals of the Federation and States”

“Fellow Colleagues, it is an understatement to state that appointment in virtually all the facet of the Nation has not followed the tenet of the provisions of the Federal Character Commission. And thus, there is a need to strengthen the National Directorate of Employment to observe this tenet and create an equitable distribution of available employment across the geo-political zones of the country.

Mr Speaker and my esteemed Honorable Colleagues, it is on this note that I call on all of us to jointly rise with me to, among other things, empower the Directorate to ensure strict compliance with the provisions and principles of Federal Character in the employment and vacancies in the country and for related matters,”  he added.