At Senate's public hearing, PENCOM; Pension Fund Operators Association of Nigeria; NLC and others kick against parliament's proposal to establish a Police Pension Board.

At Senate’s public hearing, PENCOM; Pension Fund Operators Association of Nigeria; NLC and others kick against parliament’s proposal to establish a Police Pension Board.

IGP argues that the Police require a distinct board for the management and administration of pensions of retired Police personnel in the mode of the Military Pension Board. 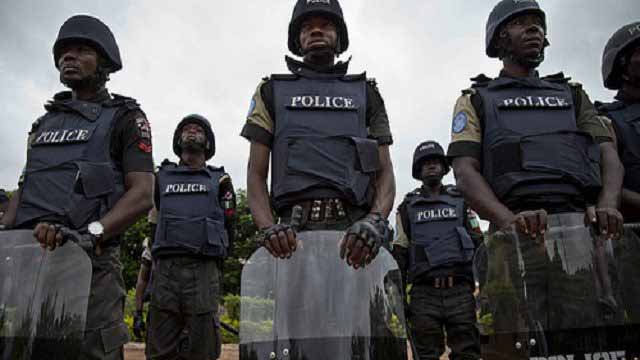 Concerned stakeholders have overwhelmingly supported a move by the Senate to establish a  Police Special Force Academy on the strength of a bill sponsored by Senator Ali Ndume (APC, Borno South).

This was, however, not without disagreement on Friday in Abuja, on the proposed establishment of a Police Pension Board.

The disagreement on the establishment of a Police Pension Board characterised the Public Hearing held on the bill sponsored for that purpose by Senator Ishaku Elisha Abbo (APC  Adamawa North).

At the public hearing organised by the Senate Committee on Police Affairs, while Senators, the Police and groups of Police retirees, supported the proposal,  the National Pension Commission (PENCOM), Pension Fund Operators Association of Nigeria, Nigeria Labour Congress etc, kicked against it.

The Inspector-General of Police, Usman Alkali Baba, represented by Deputy Inspector General Sanusi Lemu, in his presentation, said the Police required a distinct board on its own for the management and administration of pensions of retired Police personnel in the mode of the Military Pension Board.

“The Police, as clearly stated by the title of the bill “Police Pension  Board Establishment Bill 2022”, deserved to have a separate body for the management and administration of Pensions of its retirees. Exiting the Contributory Pension Scheme ( CPS),  being run and managed by PENCOM, is long overdue for the Police on account of poor services being subjected to.

The proposed board , will boost the morale of Police Personnel to dispassionately discharge their duties of fighting crimes,” he said.

Chairman of the Committee, Senator Dauda Haliru Jika, sponsor of the bill, Senator Elisha Abbo and Senator Ali Ndume, in their separate remarks, said the Police deserved to be given the same special treatment enjoyed by the Military with a Special Pensions Board.

But their position was kicked against by the Director-General of PENCOM, Aisha Dahiru, who said allowing the Police to exit CPS, would amount to taking the country back to the dark ages of mismanagement of pension fund, which landed the country with N1.6trillion liabilities in June 2004 when the scheme started.

Also kicking against the proposed Board, the Chief Executive Officer of the Pensions Fund Operators Association of Nigeria, Oguche Agudah, admonished the Committee and, by extension, the Senate not to legislate liabilities.

He said since the proposed body will be solely funded by budgetary allocations, an avoidable burden will be placed on the federal government, currently battling with N10.7 trillion budget deficit in the 2023 fiscal year. “We cannot in good faith, legislate liabilities,” he stressed.

President of the Nigeria Labour Congress (NLC), Ayuba Wabba, in his presentation, hammered on prompt payment of gratuities of retired Police personnel or those who died in active service. He said the proposed Police Pension Board is well envisioned, but the problem is sustainability as regards funding. “The mistake of moving from known to unknown, should not be made,” he submitted.

The Senate Committee on Police Affairs is expected to present its report to the Red Chamber when it reconvenes next week Tuesday.