Professor Abubakar Suleiman makes case for the educational requirement of National Assembly candidates to be raised to at least a degree status, argues that with a higher qualification, the capacity of lawmakers to master legislative practice and contribute to robust debates in parliament becomes very high.

Professor Abubakar Suleiman makes case for the educational requirement of National Assembly candidates to be raised to at least a degree status, argues that with a higher qualification, the capacity of lawmakers to master legislative practice and contribute to robust debates in parliament becomes very high. 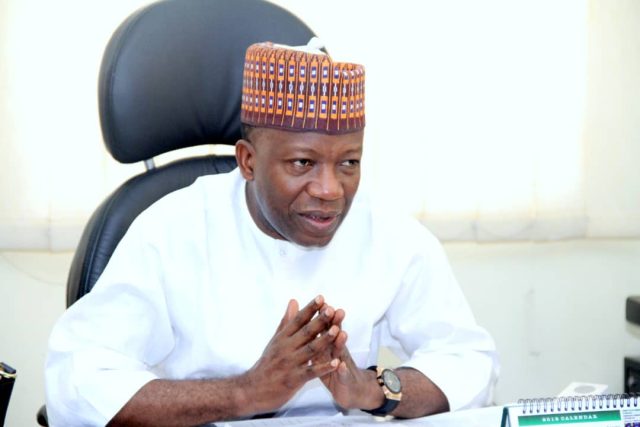 Director-General of the National Institute of Legislative and Democratic Studies (NILDS), Professor Abubakar Suleiman, has questioned the rationale behind governors seeking to turn the Senate Chamber into their retirement home, querying what a 70-year-old will be doing in the National Assembly.

The NILDS DG, who made the call at the 2022 House of Representatives Press Corps Week and Award held in Abuja, also called for an amendment to the Constitutional provision on the educational qualification for Aspirants to be elected to the National Assembly.

Professor Suleiman, in making a case for the requirement to be raised from its present status to at least a degree, argues that with a higher qualification, the capacity of lawmakers to master legislative practice and procedures and contribute to robust debates in parliament becomes very high.

“It is unfortunate that the governors have turned the Senate into their retirement home, and moreover, what is a 70-year-old doing in the National Assembly? How can someone with a qualification Secondary School Certificate (SSCE) understand the meaning of Climate Change and also in this era of social media most lawmakers do not understand how it works,” he queried?

The academic further pointed out that the challenges threatening the institutionalisation of the legislature in Nigeria results from the low rate of turnover of lawmakers.

He noted that the continuous replacement of a significant number of legislators after each election cycle has serious implications for parliament’s ability to perform its role effectively.

According to Professor Suleiman, “This trend in legislative attrition is expected to be worse in the 10th Assembly because of the trend already shown during the primary election in which more than 70% of the legislators failed to secure return tickets during their party primaries in 2022.”

“Despite this strategic importance, however, the Legislature has remained the least developed among the three arms of government due to many reasons, such as the incessant military interventions in Nigeria, executive meddling, rotation, etc. Since 1999, our practice of uninterrupted democracy, the stability, and the progress of the Legislature have been hampered significantly due to the high rate of legislative attrition.

The continuous replacement of significant members of the Legislature after each general election cycle has serious implications for its ability to perform its role effectively. This has led to several capacity gaps in our legislative practice and procedures at both the State and National levels,” The NILDS DG argues.


READ ALSO: National Assembly Meme: Duties of the Clerk of the Senate

“For instance, since 1999, in both chambers of the National Assembly, less than 5% of the lawmakers have been in the Legislature since the return to civil rule in 1999, as compared to other democracies such as the United States, where being a Congressman is seen as a career. It is not uncommon to find members with over 20 years of experience in Congress

Indeed, out of the 30% that secured party-returned tickets, many of them may not make it to the 2023 general election, further compounding the already worse situation. Consequently, scholars are already predicting that the 10th Assembly might witness the highest rate of turnover since the beginning of the current democratic experiment in 1999,” he explained.

On her part, Chairperson of the House Press Corps, Comrade Grace Ike, stated that the event was organised to honour individuals who have contributed their quota in promoting the legislative system.

Speaker of the House of Representatives, Femi Gbajabiamila, represented by the Deputy Majority Leader, Peter Akpatason, stressed that the media has a “greater role to play” in correcting the misconception of the people in the legislature.

The Southern Taraba Battle: How far can Governor Ishaku go?