Senate Committee on Federal Capital Territory expresses displeasure over vandalisation of newly-installed solar panels, demands commitment from relevant authorities and citizens to secure and maintain all utilities, including traffic lights, rail tracks, manholes, and power installations among others 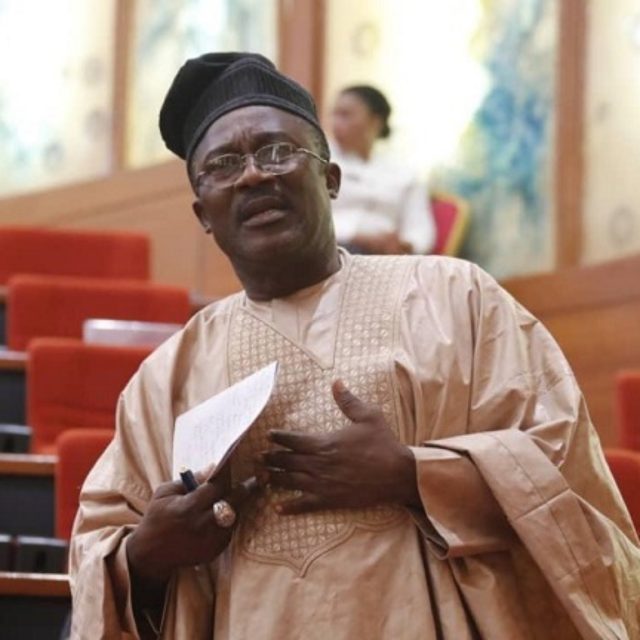 Chairman of the Senate Committee on Federal Capital Territory (FCT), Senator Smart Adeyemi (APC, Kogi West), has decried the activities of vandals who reportedly removed some of the newly-installed solar panels in the FCT.

Speaking over the weekend during an inspection of ongoing projects within the city as part of the Committee’s oversight function, the Kogi lawmaker bemoaned the activities of vandals in the city, adding that efforts must be put in place to secure and maintain all facilities, including traffic lights, rail tracks, manholes, and power installations among others.

While commending the FCT Minister, Mohammed Musa Bello for his commitment to executing priority projects in the Territory, Senator Adeyemi also urged Nigerians to protect public facilities for their benefit as well as the Federal Capital Territory Administration (FCTA), to include security and maintenance components into budget proposals for proposed projects.

Responding to the issue of securing critical infrastructure, the Executive Secretary of the Federal Capital Development Authority (FCDA), Shehu Ahmed, said the FCT Security Committee had mandated the FCT Command of the Nigeria Security and Civil Defence Corps (NSCDC) to ensure the security of such facilities across the FCT.

The FCTA Director at the Department of Facility Maintenance, Omoniyi Olaloye explained that the Solar Street Lighting Initiative became imperative due to inadequate power supply from the national grid; revealing that over 4000 units of solar-powered street lights had been installed so far across the city, promising that more installations would be made.

Other projects inspected include ongoing rehabilitation works at the National Assembly, the Operations Control Centre of the Abuja Mass Rail Transit System, the Gosa Dump Site and landfill, the Wupa Sewage Treatment Plant, as well as the facilities and equipment of the Department of Development Control.

National Assembly Meme: Rules of Debate in the Senate (Part 2)