Across the length and breadth of Nigeria, here are the biggest stories around Nigeria’s legislators and the institution of parliament you mustn’t miss this Thursday: 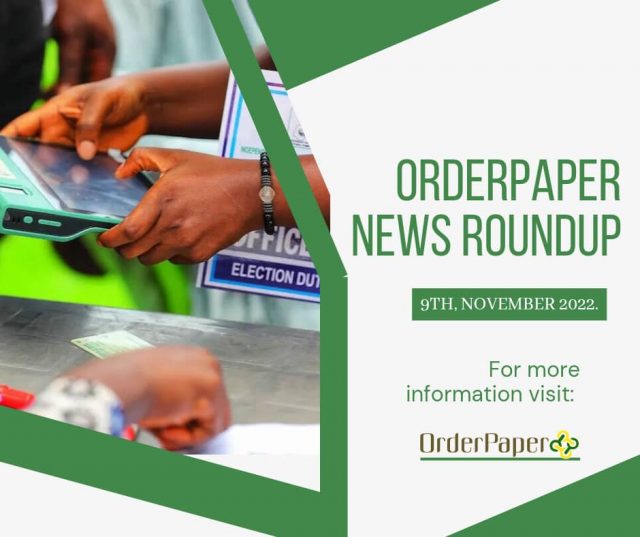 The Independent National Electoral Commission (INEC) has assured Nigerians that data on the Bimodal Voters Accreditation System (BVAS) will be secured and not compromised during the 2023 General Election.

INEC’s Deputy Director of ICT, Lawrence Bayode, gave the assurance on Wednesday, in an interview on Channels TV’s Sunrise Daily.

The National Population Commission (NPC) says a total of N532.7 billion will be needed for its conduct of the April 2023 National Census which would be digitally done.

NPC Chairman, Nasir Isa Kwarra made the disclosure on Wednesday during its 2023 Budget Defence Session with the Senate Committee on National Population and Identity Management.

The House Committee on Public Accounts has commenced probe of 115 Ministries, Departments and Agencies over extra-budgetary expenditures on salary and wages amounting to N600 billion.

This was contained in the Audit Queries (2018 till date) raised by the Office of the Auditor-General of the Federation (OAuGF).

The Senate Committee on Works has threatened to remove the Council for the Regulation of Engineering in Nigeria (COREN) from benefiting from the annual federal budget; accusing it of being a conduit pipe for government money to be siphoned.

This followed the inability of COREN’s Registrar to defend its utilisation of the 2022 budget allocation and its achievements in the year under review.

Benue Governor, Samuel Ortom presented the estimates of N179,750,090,123.40 to the State House of Assembly for consideration on Tuesday, November 8th, 2022 in Makurdi.

#MondayMeme: Rules of Debate in the Senate (Part 1)