Pending the completion of the Ivo Dam in Ebonyi State, Reps mandate NEMA and Humanitarian Affairs Ministry to intervene in the predicament of Ngwogwo, Amaokwe, Okue and Amaeke Communities of and provide them relief materials, shelter and alternative means of livelihood

Pending the completion of the Ivo Dam in Ebonyi State, Reps mandate NEMA and Humanitarian Affairs Ministry to intervene in the predicament of Ngwogwo, Amaokwe, Okue and Amaeke Communities of and provide them relief materials, shelter and alternative means of livelihood 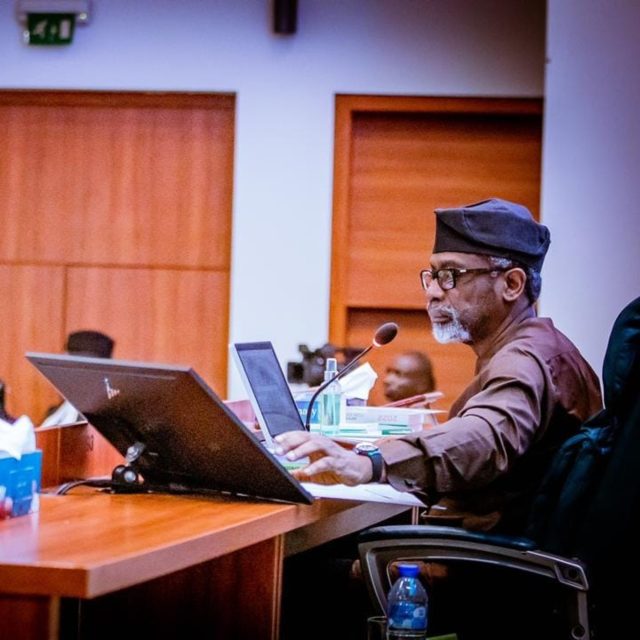 The House of Representatives has mandated its Committee on Water Resources to interface with the Federal Ministry of Water Resources to assess the Ivo Dam Project contract performance with a view to completing the project in earnest.

It further mandated the National Emergency Management Agency (NEMA) and the Federal Ministry of Humanitarian Affairs, Disaster Management and Social Development to immediately intervene in the predicament of Ngwogwo, Amaokwe, Okue and Amaeke Communities of Ivo Local Government Area, Ebonyi State with a view to providing them relief materials, shelter and alternative means of livelihood pending the completion of the Ivo Dam.

These resolutions followed a Motion of Urgent Public Importance brought on Tuesday by Rep. Makwe Livinus Makwe, “Calling On The Federal Ministry Of Water Resuces To Complete The Ivo Dam Project Abandoned Since 2015.”

It also notes that Mpu and Okpanku communities of Aninri Local Government Area (LGA) of Enugu State are on the downstream of the dam while Ngwogwo, Amaokwe, Okue and Amaeke Communities of Ishiagu, Ivo LGA are on the upstream side.

Cognisant that the Federal government specifically embarked on the dam project for the purposes of irrigation for farming, fishery and electricity generation, bearing in mind that those communities in Ebonyi and Enugu States that the dam would serve are agrarian communities, predominantly farmers who engage in intensive cultivation of edible and industrial crops, food processing, and agro-allied businesses and marketing of farm products.

Aware that the dam project has been abandoned on account of lack of funding, with the embankment having attained an advanced stage of construction and has since been impounding water at the upstream side, especially during the rainy seasons.

The House is very concerned that on abandonment of the project, without the spillway being in place, the farmlands and rural settlements in the upstream communities of Ngwogwo, Amaokwe, Okue and Amaeke communities have been inundated and sacked by flood, which has prior to the construction of the dam never experienced such for ages.”

The lawmakers expressed grave concern that over 40,000 acres of arable farmland and rural settlement communities have remained permanently flooded to date as a result of the dam embankment, and during the rainy seasons, the flood gets higher and spreads more to inland communities.

They note that it sacks the rural dwellers and inundates farmland, rendering over 10,000 households homeless and inundating about 70% of their farmlands, such that most of the people are left homeless with no source of income since farming is their main source of livelihood.

“The House is worried also that since the abandonment, the flood has become a menace and death trap to the hapless farmers, especially during the rainy season, as they resort to using improvised canoes to reach the small farmlands very far away not covered by the flood and in the process, some get drowned.”

The lawmakers noted that on 15th November 2020, Udu Ajah was drowned, Roland Ajah Orji and Ivoke Ajah Victor, both in their mid-thirties, lost their lives in the flood on 8th December 2020 while returning from their distant farms using a locally-made canoe.

Again on 20th December 2020, Cletus Okorie died in the same dam flood. More people have died in the flood between 2020, and now, he said.

According to them, the affected communities have written severally to the Federal Ministry of Water Resources and NEMA to come to their aid but to no avail. In the years 2015, 2016 and 2017, NEMA personnel visited the site to assess the situation and later made deliveries of cash and relief materials to only Mpu and Okpanku Communities in Enugu State.

They noted that nothing was given to the Ngwogwo, Amaokwe, Okue and Amaeke communities in Ivo LGA of Ebonyi State, who are the people seriously affected with their farmlands and rural settlement permanently flooded with no homes and source of livelihood.

“Believes that there is need for the Federal Government to urgently review the circumstances surrounding the non-completion of the Ivo dam project with a view to completing the project as envisaged.”

The motion was adopted when it was put to vote by the presiding officer, Speaker Femi Gbajabiamila, who mandated the House Committees on Water Resources and Emergency and Disaster Preparedness to ensure compliance.