In the National Assembly, members of the Senate are assigned to various Committees for the smooth discharge of legislative duties. This week, on this episode of Parliament Meme, we commence a series on Special Committees in the Nigerian Senate 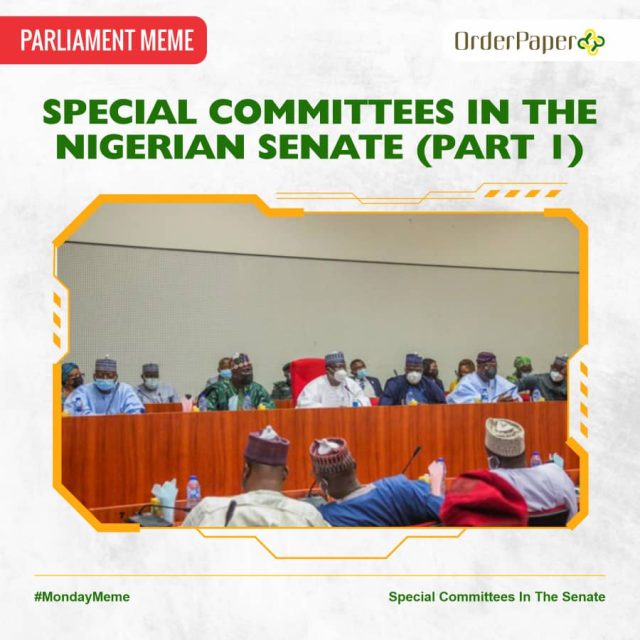 Within the first fourteen legislative days following the first sitting of the Senate, the membership of the following Special Committees shall be appointed: 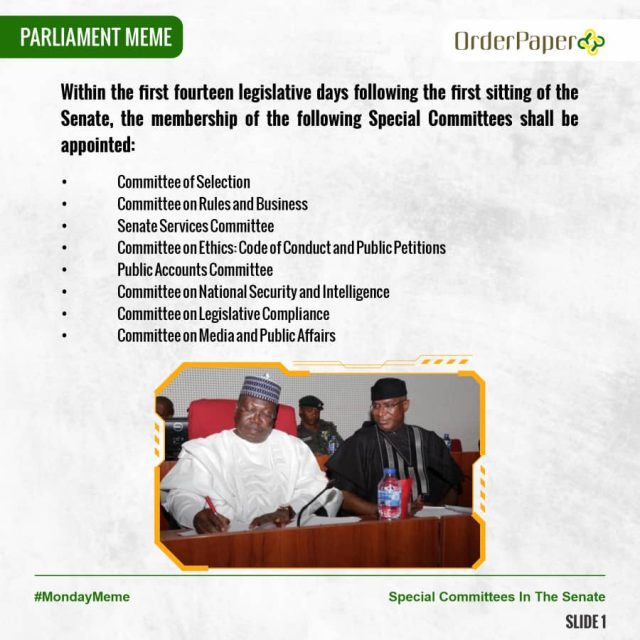 A Committee known as the Committee of Selection is appointed at the commencement of the life of the Senate to perform functions allocated to it by the Senate rules, and other matters as may from time to time be referred to it. 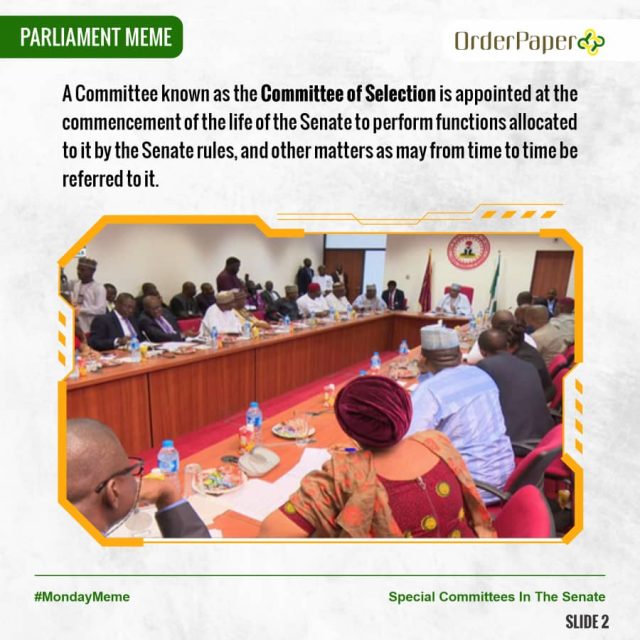 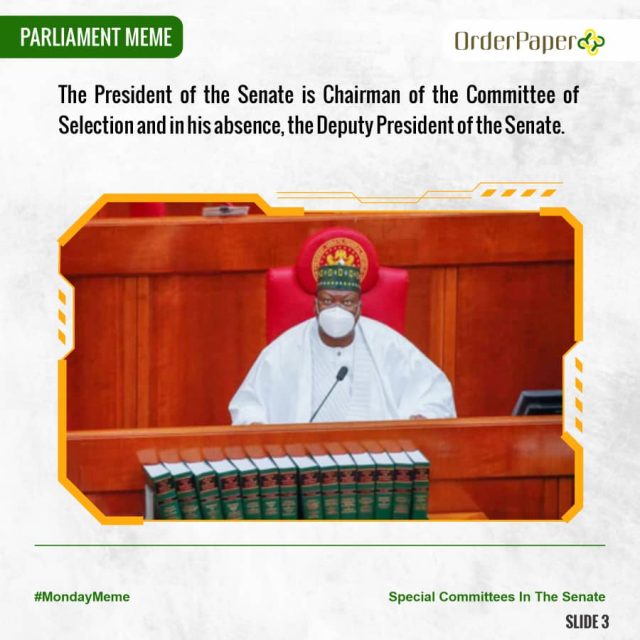 The Committee on Selection shall consist of: 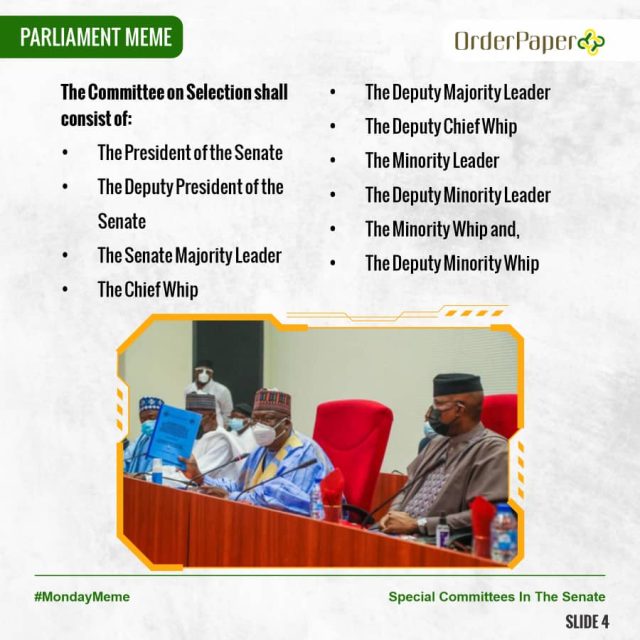 Functions of the Committee includes: 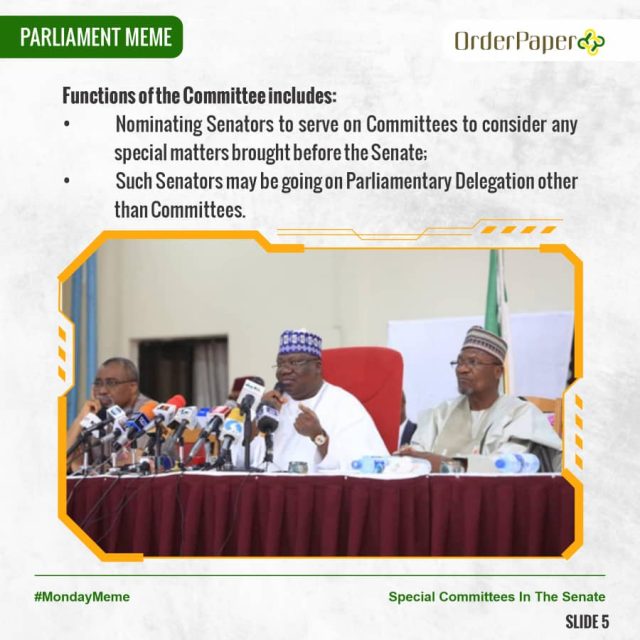 Parliament Meme is a public service programme by OrderPaper Nigeria designed to break down the esoteric terminologies of the legislature and how the institution of parliament generally functions.