A State-by-State Performance Scorecard of sitting lawmakers in their third year at the National Assembly, in alphabetical order

A State-by-State Performance Scorecard of sitting lawmakers in their third year at the National Assembly, in alphabetical order 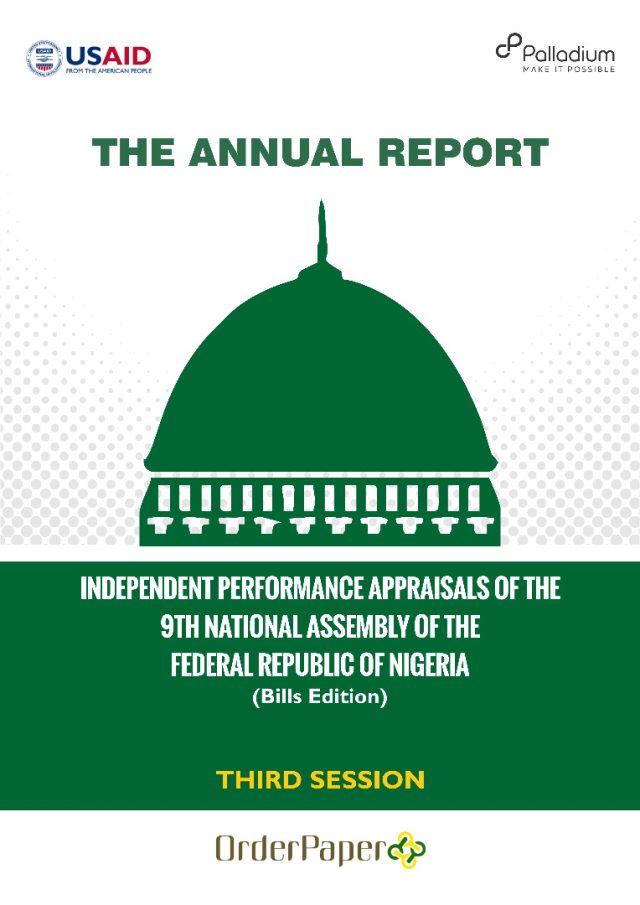 In keeping with its tradition, Nigeria’s premier/pre-eminent legislative and policy think-tank, OrderPaper Nigeria and its partners recently unveiled its signature, Annual Appraisals of the National Assembly, at a public ceremony held at the National Assembly Complex, Abuja.

Taking it a notch higher, the organisation as part of its commitment to bridging the gap between citizens and parliament, released this year’s edition as an Annual Report titled ‘Independent Performace Appraisals of the Ninth National Assembly of the Federal Republic (Bills Edition) – Third Session.’

This initiative is also in furtherance of OrderPaper’s implementation of the VOTER (Validating the Office of The Electorate on Representation) Project undertaken with support from the United States Agency for International Development (USAID) under the Strengthening Civic Advocacy and Local Engagement (SCALE) Project by Palladium.

The Appraisal impacts 469 legislators, nearly 3,000 bills (1,979 HoR and 1,009 Senate), 36 States and the Federal Capital Territory (FCT), as well as the Executive arm of Government at the Federal Level between June 2019 and May 2022. It is thus beneficial in the institutionalisation of legislative accountability, as well as citizen participation in the institution of parliament so that citizens can see what their lawmakers are doing.

Being an election year, we collated a State-by-State Performance Scorecard of the 469 sitting lawmakers in alphabetical order. Click on any of the under-listed links to access the scorecard of each state:

20 Kano State: 14 of 27 Kano lawmakers failed to sponsor any bill