Parliament Meme this week is focused on the subject of Committee Membership in the Nigerian Senate. Here’s all you need to know about its composition, appointment of members into committees and selection of its leadership

READ ALSO: National Assembly Meme: Duties of the Clerk of the Senate 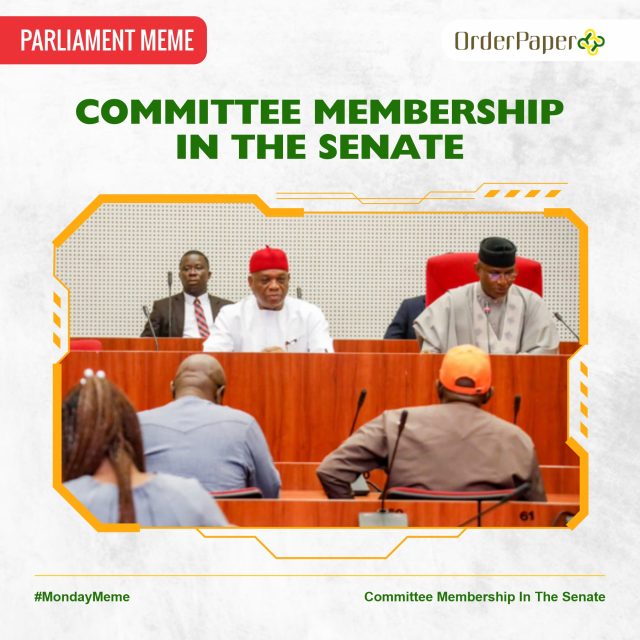 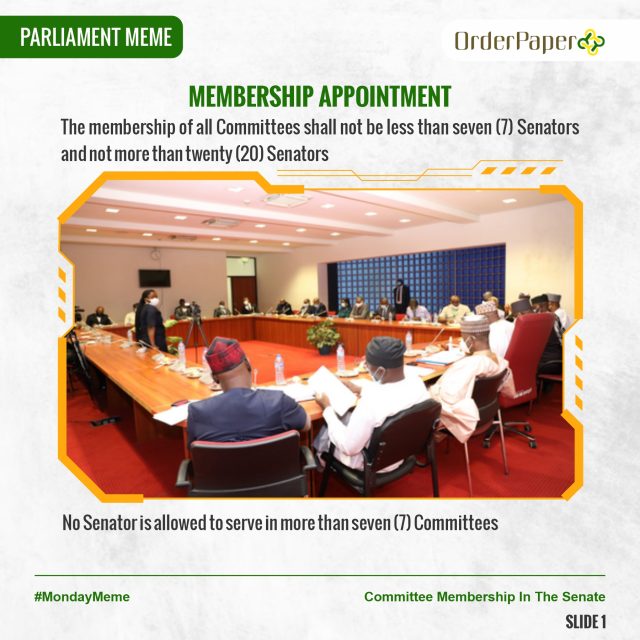 MEMBERSHIP OF COMMITTEES
The President of the Senate nominates members of Committees in consultation with the Selection Committee in accordance with the numerical strength of the parties in the Senate. 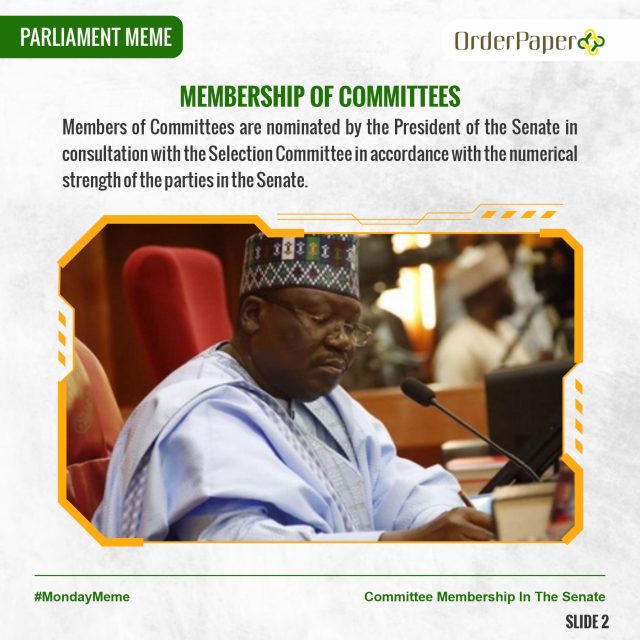 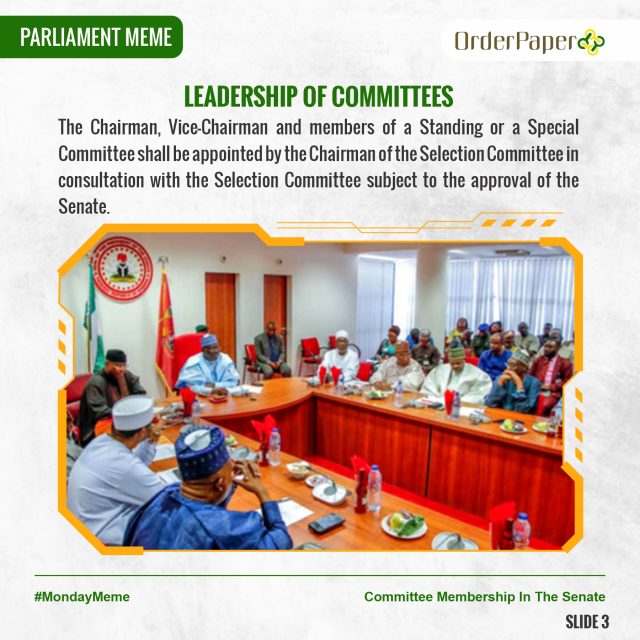 All Committee appointments are subject to periodic reviews No member of the Committee of Selection is allowed to be a Committee Chairman. 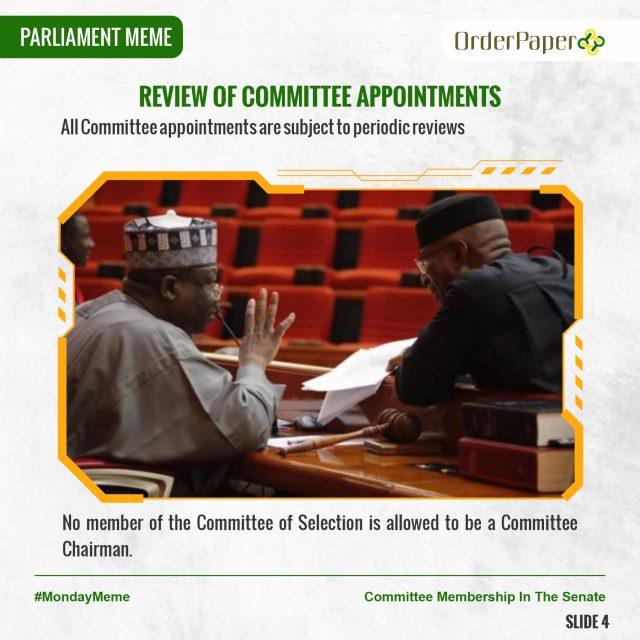 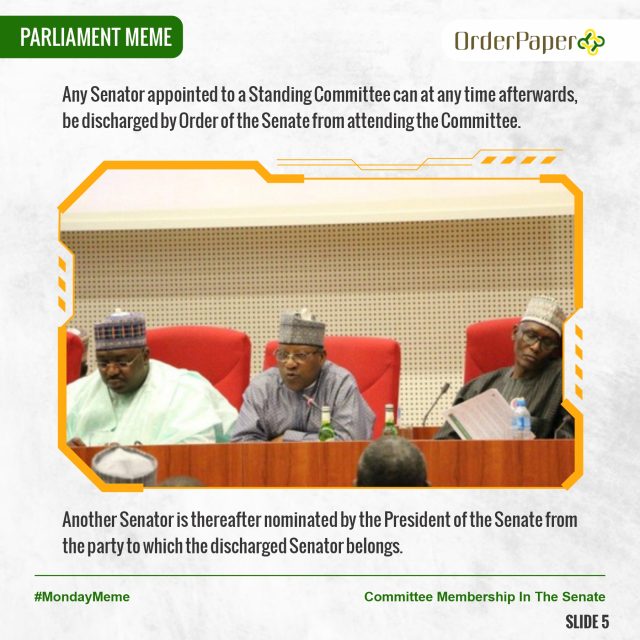 TEMPORARY SUBSTITUTION
A temporary substitution in the membership of a Standing Committee can  be made; provided a notification signed by the Chief Whip, or a Senator acting as the Whip of the party of the member, is filed with the President and the Clerk of the Senate However, this has to be done either before, or 30 minutes into a Committee meeting. 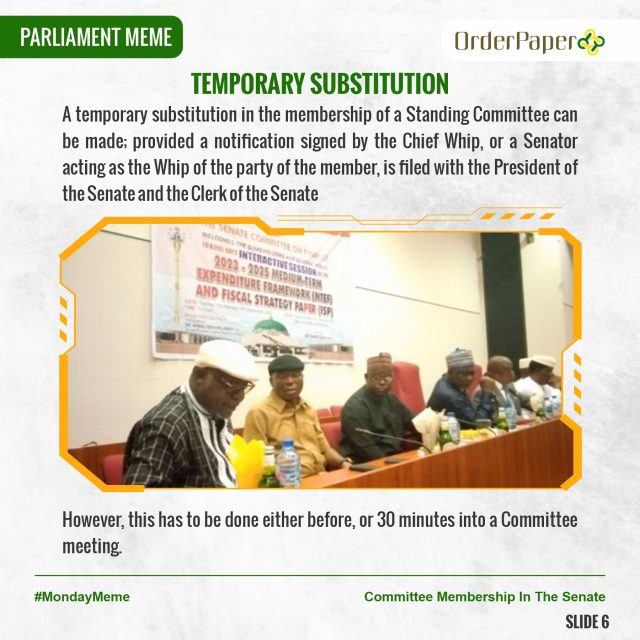 If the place of a Committee member becomes vacant, there shall be in his place another member nominated by the party with the approval of the Senate. 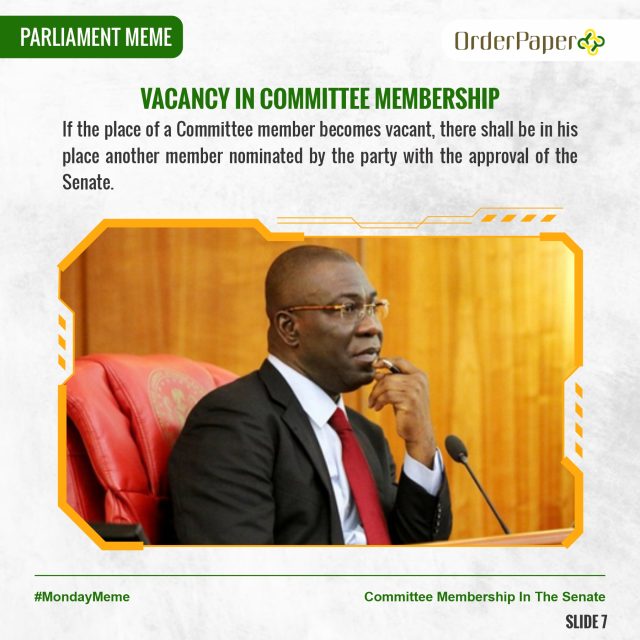