Across the length and breadth of Nigeria, here are the biggest stories around Nigeria’s legislators and the institution of parliament you mustn’t miss this Wednesday: 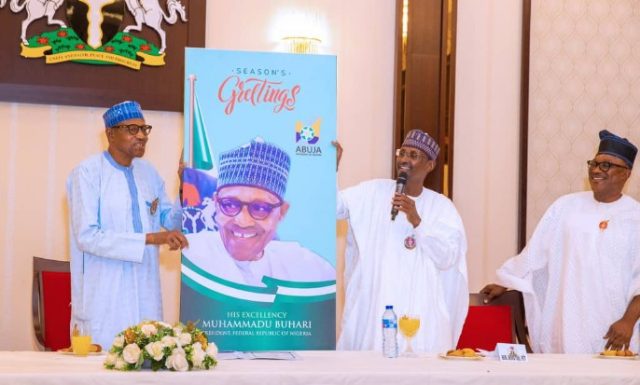 “Senator Adeyemi is one of the brains behind FCT development” – Minister

Minister for the Federal Capital Territory (FCT), Mohammed Bello, has made a case for the All Progressives Congress (APC) to adopt the Senator representing Kogi West, Smart Adeyemi, as the party’s candidate in the state governorship election.

Making the appeal to President Muhammadu Buhari during a Christmas visit by Christian and Muslim leaders, including FCT stakeholders, to the State House on Sunday, the FCT minister praised the three-term senator as one with requisite experience, capabilities and acceptability to make the APC win the  November 11 polls.

Describing the Senate Committee Chairman on FCT as one of the brains behind the development of the FCT, the Minister noted that the Western Senatorial District, where Adeyemi hails from, has never produced any governor since the creation of Kogi State 32 years ago.

There are indications that the country’s economic challenges may not be abating anytime soon; as the Senate is proposing the establishment of 376 new agencies and institutions despite moves by the Federal Government to restructure the public service.

According to findings by PUNCH, the 9th Senate has so far passed a total of 1,070 bills, including 376 establishment bills for the creation of various institutions and agencies most of which are situated in the states and constituencies of their sponsors.

The report further noted that Some of these establishment bills have been passed while others have progressively moved to committee levels in defiance of the recommendations of the Steve Oronsaye Committee Report on Restructuring and Rationalisation of Federal Government Parastatals, Agencies and Commission which recommended the scrapping or merging of some ministries, departments and agencies in order to reduce the cost of governance.

The House of Representatives has refuted a recent claim  by the Academic Staff Union of Universities (ASUU), that the Speaker of the House, Femi Gbajabiamila deceived the union to call off the strike.

House Spokesperson, Rep. Benjamin Kalu, who made this known in a statement on Wednesday, said the Speaker never promised the lecturers payment of arrears as part of an intervention by the House leading to the call-off of the eight months strike by the lecturers.

“At no point did the Speaker of the House of Representatives commit to offset the arrears of salaries owed to union members for the time they were on strike,” the lawmaker clarified.

The Sokoto State Chapter of the All Progressives Congress (APC) has described the 2023 Budget presented to the State Assembly as indicative of poor recognition of people’s well-being and improvement of critical sectors across the state.

APC State Chairman in the state, Sadiq Achida, who disclosed this at a news conference on Tuesday, argued that a N1.5 billion expenditure for vehicles to political office holders, reduplication of projects, N914 million for COVID-19 provisions, and procurement of dilapidated buildings belonging to NICON to the tune of N300 million negated the priority needs of citizens.

”It is disheartening that the governor said little, if any, about the performance of the outgoing budget, but rather decided to bury the details of his government’s failures, to avoid public scrutiny,” Achida said.

Ahead of 2023 elections, the Independent National Electoral Commission (INEC), has given a reassurance that there will be no room for elections to be rigged in the state.

INEC’s Resident Electoral Commissioner in the State, Onyeka Ugochi who stated this in Abakaliki during an interactive meeting with Journalists and Civil Society Organizations (CSOs), maintained that rigging will be very difficult as the electoral body  is fully prepared to ensure a free, fair and credible election.