Across the length and breadth of Nigeria, here are the biggest stories around Nigeria’s legislators and the institution of parliament you mustn’t miss this Monday: 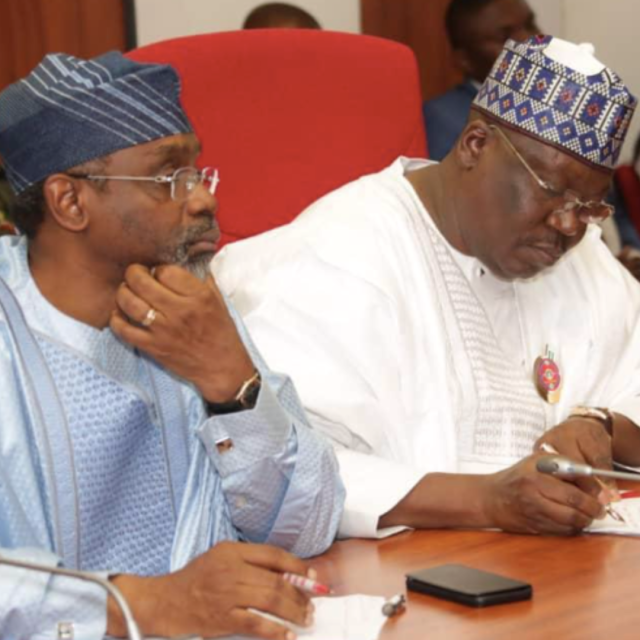 The leadership of the Ninth National Assembly has reportedly commenced moves to bring the process of the 5th Alteration of the 1999 Constitution to fruition before the expiration of the Assembly in June 2023.

As reported by The Nation, the NASS leadership constituted a committee to interface with representatives of the Nigeria Governors’ Forum (NGF) and the Conference of Speakers of State Houses of Assembly to resolve the impasse threatening the passage of the Constitution Review bills and possible assent by the President, latest June.

Quoting sources close to the leadership of the Constitution Review Committees in both chambers, they note that the development became imperative to ensure that the efforts made by stakeholders (including the one billion naira voted for the exercise by the 9th National Assembly) to ensure the success of the ongoing exercise do not go to waste.

The Conference of Nigeria Political Parties (CNPP) has urged the National Assembly to enact a law that would compel all aspirants seeking public office to present their medical records before the electoral umpire before their nomination can be accepted.

According to the CNPP Secetary-General, Chief Willy Ezugwu who made the call in an interview with Sunday Sun, there is a need for a law that will compel all aspirants seeking public office to present their medical records to their political parties and later to INEC before their nomination can be accepted and published by the electoral umpire.

“I reiterate our call to our lawmakers at both the national and state Assemblies to work towards a constitution amendment to make it compulsory for candidates of all political parties to participate in debates and have a Commission saddled with the responsibilities of organising the debates in conjunction with relevant stakeholders,” the CNPP Scribe added.

NDDC Board: Court issues ‘notice of consequence’ on Lawan, Others over Contempt

A Federal High Court in Abuja on Friday advised the President of the Senate, Ahmad Lawan, as well as the Senate of the National Assembly, on the consequences of flouting an earlier issued restraining order.

The ‘Notice of Consequences of Disobedience to an Order of Court’ was also issued to Lauretta Onochie and Samuel Ogbuku; nominees for the Board of the Niger Delta Development Commission (NDDC), as well as President Muhammadu Buhari and the Attorney-General of the Federation, Abubakar Malami.

‘’Take notice that unless you obey the directions contained in this order, you will be guilty of contempt of court and will be liable to be committed to prison.’’

About ten persons are reported to have been abducted on Saturday, by bandits in an attack on Gaye and Shangel communities in the Danko Wasagu Local Government Area of Kebbi State, that left two persons dead.

According to a source, five out of the people abducted are family members of the lawmaker representing Wasagu in the State House of Assembly. “The bandits came in large numbers to attack Gaye and Shangel communities on Saturday. and carried out their deadly mission of killing two persons,” Daily Post reports.

However, the Police Public Relations Officer, Kebbi Command, DSP Nafiu Abubakar, could not confirm the incident but promised to do so when briefed.

The Nigeria Security and Civil Defence Corps (NSCDC) has revealed that attackers of the facilities of the Independent National Electoral Commission (INEC) carry out their attacks using gasoline or high-proof alcohol, with fuel-soaked bread stuffed in the necks of bottles.

NSCDC Commandant-General, Dr Abubakar Ahmed Audi,  who disclosed this during a Progress Review/Appraisal Conference with Zonal and State Commandants, said the group was identified through an intelligence report at the disposal of the Corps.

“We gathered from intelligence that the key ingredients used by these criminals are bottles that shatter on impact and a fuel that catches fire and spreads when the bottle breaks. What matters now is that all of this wickedness has to stop. Our officers must rise to the challenge,” he noted.

Parliament Meme: Division in the House and Committee of the Whole