Across the length and breadth of Nigeria, here are the biggest stories around Nigeria’s legislators and the institution of parliament you mustn’t miss this Friday

Across the length and breadth of Nigeria, here are the biggest stories around Nigeria’s legislators and the institution of parliament you mustn’t miss this Friday: 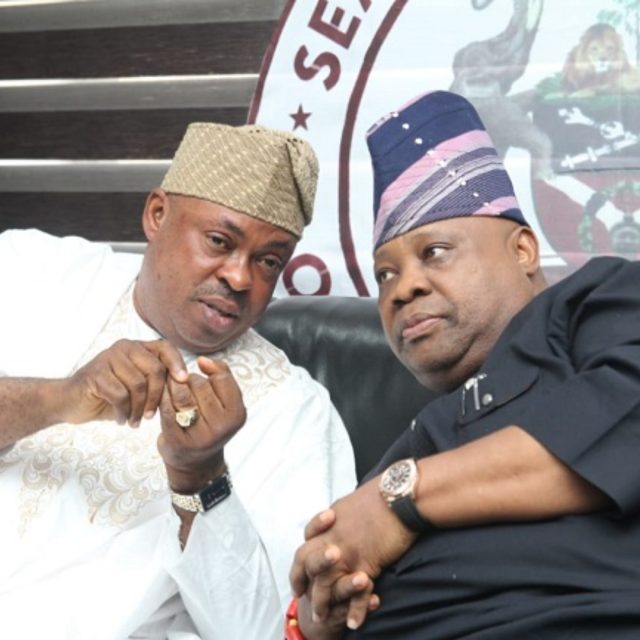 The Osun State House of Assembly has set up a committee to urgently undertake a thorough investigation on the exact debt profile of the state, following recent claims and counter claims on the subject.

The 10-member Ad-hoc Committee chaired by the Speaker, Timothy Owoeye, was on Wednesday at the plenary, with the lawmaker stressing that if the issue around the state’s debt portfolio is not carefully handled, it may affect investment coming into Osun.

Other members of the committee include the House Committee Chairman on Public Account and Chairman of the Committee on Finance and Appropriation, Gbenga Ogunkanmi and Adebayo Olodo, respectively, as Co-Chairmen.

The House of Representatives has moved a motion for the need for accountability and adequate distribution of stolen artefacts returned to Nigeria by foreign countries.

This followed  a Motion for Urgent National Importance on the Need for Accountability and Appropriate Distribution of Looted artefacts Returned to Nigeria from Europe and other parts of the World, moved by Rep. Hassan Abdullahi.

“The House notes that over the years various artefacts belonging to Nigeria, especially the ones from the Oba of Benin have been returned and there was the need for even distribution to states.”

Senate frowns at NUPRC over revocation of oil licence

Following the debate on the report submitted by the Senate Committee on Ethics, Privileges and Public Petitions, lawmakers frowned at the revocation of Atala Marginal Oil Field, OML 46 licence, by the Nigerian Upstream Petroleum Regulatory Commission (NUPRC).

The Chamber consequently ordered the NUPRC to reallocate the oil field to its original owners as earlier directed by the Presidency.

The resolutions were sequel to recommendations made by the Chairman of the Committee, Senator Ayo Akinyelure (APC, Ondo Central) on Thursday.

Sylvia Agu, Resident Electoral Commissioner (REC) for the State, stated this at a stakeholders’ meeting on Wednesday in Owerri, while lamenting the spate of attacks on its facilities.

“Imo has nearly 300,000 uncollected PVCs in the 27 local government areas from the previous Continuous Voter Register (CVR) exercise in 2011 to December 2022,” she said..

Cross River Governor, Senator Ben Ayade, has forwarded a list of eleven names to the State House of Assembly for confirmation as commissioners in the State Executive Council.

In a letter signed by the Secretary to the State Government, Tina-Banku Agbor, dated December 15 and addressed to the Speaker of the Assembly, the governor is seeking the confirmation of the nominees for formal appointment as Commissioners in the State Public Service.

The development is coming months after various ministries in the State have been without commissioners who were either sacked or resigned to vie for various political positions.

Special Report: Stamp Duty and its unending Controversies in Nigeria