Ondo lawmaker in motion of 'Urgent National Importance' pushes for House of Reps probe of the activities of Well Fountain Nigeria Limited over unrendered services paid by the Federal Government. The lawmakers lament hiccups in its operations have resulted in losses to the Federal Government 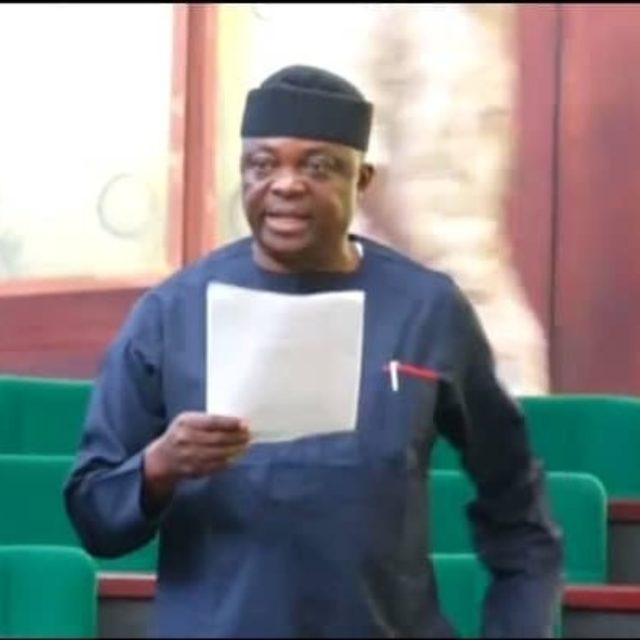 The House of Representatives has vowed to thoroughly investigate the activities of Well Fronting Nigeria Limited from 2006 to 2022 over unrendered services, yet paid for, by the federal government running into over $250 million

The lawmakers also urged the Federal Ministry of Finance, Central Bank of Nigeria (CBN) to stop outstanding payments to Well Fronting until an investigation of its activities from 2006 to 2022 is completed.

The House further mandated the Committee on Customs and Excise to invite the Minister of Finance, Governor of Central Bank of Nigeria, the company, and the Managing Director of the parent company to investigate the service delivery and agreement with the company and report back within four weeks.

These resolutions were reached after considering a ‘Urgent National Importance’ motion titled, ‘Investigating the activities of Well Fountain Nigeria Limited over unrendered services paid by the Federal Government running into millions of dollars’ brought by Rep. Adelegbe Timehin during plenary.

In considering the motion, the House noted that the company was engaged in 2006 to provide services to the Nigeria Customs Service (NCS) in IT deployment to make operations of Nigerian Customs effective and seamless to block leakages and increase revenue. The lawmakers lamented that many hiccups in its operations have resulted in losses to the Federal Government and stakeholders at the Nigerian Ports.

They pointed out widespread reports of network failure, also known as downtime, which sometimes lasts for more than four days, are a regular occurrence leaving freight forwarders with humungous demurrage and trapping thousands of containers in the process.

In his debate, Rep. Adegbe stated that “in times like this, freight forwarders are rendered helpless, and even banks are unable to transmit information about duties collected on behalf of the federal government. He noted with dismay that the federal government has been paying the Well Fronting Nigeria Limited yearly for services not rendered without taking into cognizance the frequent downtimes.


“Disturbed that the Dubai-based company is recruited to operate without publications in Dubai, while it subjects Nigeria to gross inefficiency with impunity.

Further disturbed that while Nigerians lament losses, the company bears no responsibility, no apologies, no explanations despite being the cause of the more epileptic services. Worried that there is no evidence of a skill transfer from the company to the NCS.

Further worried that the management and operations of the company delivering the services are still shrouded in secrecy and not visible to NCS,” part of the motion read.