Across the length and breadth of Nigeria, here are the biggest stories around Nigeria’s legislators and the institution of parliament you mustn’t miss this Tuesday

Across the length and breadth of Nigeria, here are the biggest stories around Nigeria’s legislators and the institution of parliament you mustn’t miss this Tuesday: 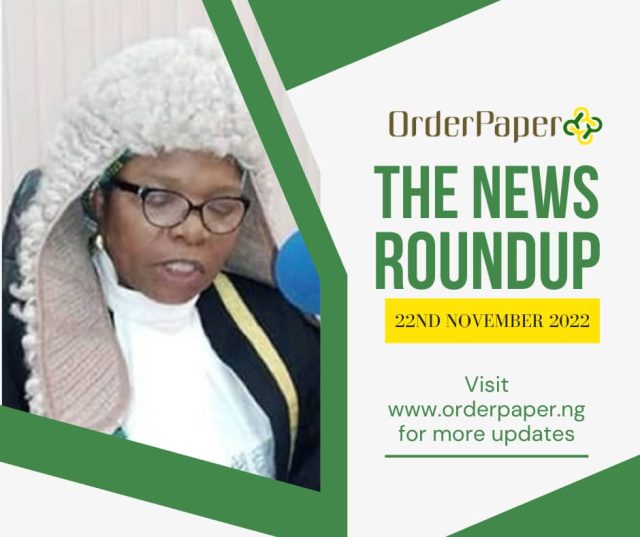 At Monday’s plenary, attended by 17 out of the 25 members, Olubunmi Adelugba was elected the new Speaker.

Oborevwori, who is the Peoples’ Democratic Party (PDP) gubernatorial candidate for the 2023 general election disclosed this during the Ward-to-Ward campaigns of the PDP in Sapele Local Government Area Wards.

“The Federal roads which include Warri-Benin, Effurun-Abraka-Agbor, Ughelli-Asaba, and Effurun-Ughelli-Patani are all bad. If not for the intervention of the Okowa-led Government, the roads would have been impassable,” he noted.

Reps assure Nigerian Army of more funds
Chairman of the House Committee on Army, Ibrahim Almustapha Rabah, has assured the Nigerian Army that the National Assembly would make more funds available to the military.

Rep. Rabah gave the assurance during an oversight visit to the Headquarters of 8 Division, Nigerian Army, Sokoto.

“The army and other security agencies in country have done well in the  fight against banditry, kidnapping and other sundry crimes in the country,” he said.

Ahead of the 2023 election, the Independent National Electoral Commission (INEC) is seeking support to enhance women’s participation in the polls.

INEC made the call during a sensitisation visit with a theme, “Women and their participation under the Nigerian Women Trust Fund (NWTF) Campaign, tagged #Balance4Her Campaign in the 2023 General Elections,” at the Garki International Market.

The event aimed at educating women on the electoral process was organised with the support of the European Union under Support to Democratic Governance in Nigeria (EU-SDGN).

The Network for Best Practice and Integrity in Leadership (NEBPRIL) has called on President Muhammadu Buhari and the National Assembly to halt moves by certain government functionaries to hurriedly license more 5G telecommunications services in the twilight of the current administration.

According to the NEBPRIL, it had it on good authority that certain powerful interests in the corridors of power are currently arm-twisting officials of the Nigeria Communications Commission (NCC) to auction two additional lots of the 3.5 GHz spectrum on 5G services barely eight months after the first auction produced two investor companies at $275m each.

“We, therefore, call on President Buhari and the leadership of the two chambers of the National Assembly, to urgently take steps to put a stop to this obvious attempt at official malfeasance in the telecommunications sector, in order to save the nation from further self-serving, national economic harm being orchestrated by some unscrupulous individuals in the corridors of power.”

National Assembly Meme: Duties of the Clerk of the Senate