Ojochenemi Onje-James1 week ago6 min
Parliament This Week is a weekly special focused on bringing you up to speed with some of the most important developments around the legislators and the National Assembly you may have missed in the course of the week.

Here are some of the major events around the lawmakers and members of parliament at the Senate: 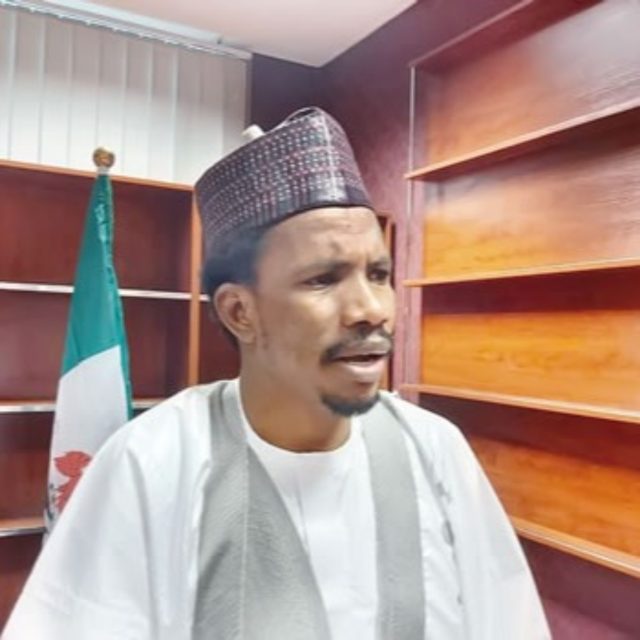 2023 Budget: Senate frowns at inclusion of ‘meeting’ as capital project

The Senate is investigating the 2021 and 2022 budgeting system used by the National Agency for the Control of Aids (NACA) in preparing its annual budget.

Chairman of the Senate Committee on Primary Health Care and Communicable Diseases, Senator Ishaku Abbo (APC, Adamawa North), made this known on Tuesday when the Director-General of NACA, Gambo Aliyu, appeared before the committee for the 2023 budget defence.

“The fact that things have gone wrong for 100 years doesn’t make it to be right. We must change how things are done. How can a board meeting be captured as a capital project? This is not just a discrepancy. It is a misnomer.

We have to correct this misnomer. The committee will look at it and expunge it. Your capital doesn’t sound capital enough. We understand the importance of your agency,” Abbo said.

READ ALSO: Reps This Week: “My constituents are in danger”- Plateau lawmaker laments

Drama trailed the presentation of a report by a Senate Ad-hoc Committee on Wednesday, as members vehemently rejected and disowned the report during plenary.

It could be recalled that the Senate had on April 14, 2022, constituted a 13-member Ad-Hoc Committee on Oil Lifting, Theft and the impact on Petroleum Production and Oil Revenues under the Chairmanship of Senator Bassey Albert Akpan (YPP, Akwa Ibom North East) who is also the Chairman, Senate Committee on Petroleum ( Upstream).

A committee member, Senator George Sekibo, suggested that the report be withdrawn for consensus among committee members between now and Monday next week for representation on Tuesday in plenary, to which the majority of the Senators concurred.

The Senate has observed a huge disparity in the disbursement of half a trillion naira loan to six geo-political regions of Nigeria and the States in the country in 2021 by the Development Bank of Nigeria (DBN).

In his presentation, Senator Ndume noted that the loan was worth four hundred and eighty-three billion naira (483,000,000,000) only, out of which only 11% went to the 19 states of northern Nigeria, while 47’% went to Lagos alone.

The Senate has given its nod to the Central Bank of Nigeria’s (CBN) plan to redesign the Nigerian Naira, resolving to provide legislative support for the new policy.

This development was a sequel to a motion on the policy moved on Wednesday by the Chairman of the Senate Committee on Banking, Insurance and other Financial Institutions, Senator Uba Sani (APC, Kaduna Central).

Despite its support for the move, the lawmakers in the upper legislative chamber said that the January 31, 2023 deadline to pay all cash in circulation into banks was too short. They, therefore, called on the  CBN to pursue aggressive enlightenment on the policy (especially in the rural areas) to ensure that all Nigerians are made aware of the new policy.

Ahead of the yuletide, the Senate has asked the Federal Government to dedicate part of the Service Wide Vote allocation of N500 Billion to the Federal Roads Maintenance Agency (FERMA) for urgent rehabilitation of roads ravaged by the 2022 floods.

This came to the fore following the adoption of a motion sponsored by Senator Gershom Henry Bassey.

While presenting the motion, the lawmaker argued that this year’s floods are the worst that Nigeria has experienced in decades, as the rise in water level is more than the 2012 and 2020 episodes and has further worsened the deplorable state of Nigeria’s federal roads.

There was mild drama at the Senate on Thursday, as the Nigerian Law Reform Commission (NLRC) failed to justify the N756 million received from the Service Wide Votes, which is said to have been expended on producing the ‘Revision of Laws of the Federation.’

This development occurred when the NLRC appeared before the Senate Committee on Public Accounts (PAC), where some discrepancies surrounding the expenditures in the documents were tendered.

On appearing before the Senators, the Chairman of the Commission, Professor Jummai Audi, could not justify the expenditures arising from Service Wide Votes (2017- 2021) as discrepancies trail the documents submitted to the committee for vetting.

The Senate has lampooned the Minister of Defence, Major General Bashir Magashi (rtd.), over an additional N11 billion proposal in the 2023 budget of the Ministry.

This occurred during a budget hearing session on Thursday, organised by the Senate Committee on Defence, where it was observed that the sum comprised N8.6bn earmarked for the procurement of military hardware/equipment and N2.25bn for Safe School initiatives.

According to the Vice Chairman of the Committee, Senator Istifanus Gyang (PDP, Plateau North), “The two items, when critically viewed, were not supposed to be in the Ministry’s budget since hardware procurements are done by the Army, Navy and Air Force and Safe School Initiative by the Federal Ministry of Education.”

Reps This Week: "My constituents are in danger"- Plateau lawmaker laments