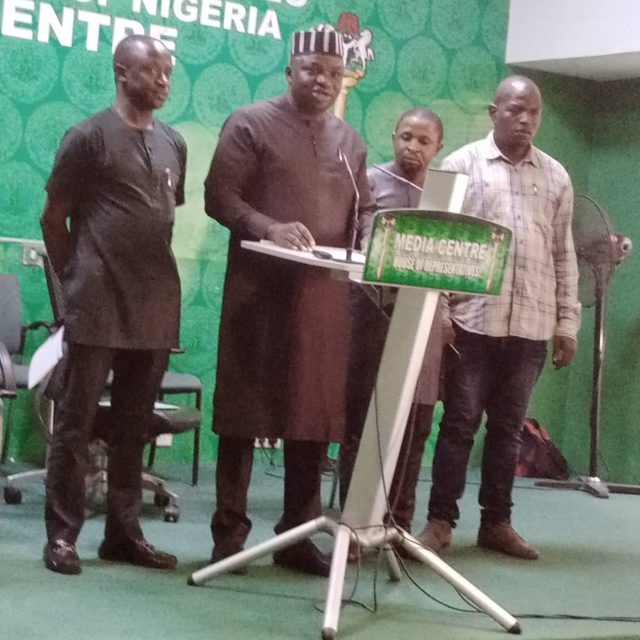 Reps to hold Summit on Reform of Tertiary Education

Speaker of the House of Representatives, Femi Gbajabiamila, said the Green Chamber is set to convene a National Summit on Tertiary Education Reforms from Tuesday, 22nd to Wednesday, 23rd November 2022.

Gbajabiamila stated this in his remarks during Monday’s plenary session following their resumption after a one-month break to enable lawmakers hold Budget Defence Sessions.

Constituents of Jos North/Bassa Federal Constituency in Plateau State got a new lawmaker on Monday as Muhammad Adam Alkali was sworn in at the House of Representatives.

Rep . Alkali of the Peoples’ Redemption Party (PRP) was elected through a bye-election due to a petition tribunal which declared him winner in September 2022.

The court had nullified the Certificate of Return earlier issued to Musa Agah of the Peoples’ Democratic Party (PDP) candidate as winner of the election in February.

To mitigate the effects of flooding across the country, the House of Representatives has urged the Federal Ministry of Finance, Budget and National Planning, and the Office of the Accountant-General of the Federation  to release five billion naira into the Special Ecological Fund Account of each State and Federal Capital Territory (FCT)

The House equally mandated its Committee on Legislative Agenda to coordinate a Technical Working Group (TWG) between the Executive and Legislature, as well as industry experts and stakeholders, to articulate an action plan to forestall a repeat of such flood and erosion disasters in 2023 and beyond.

These resolutions were sequel to a motion of ‘National Public Importance’ brought by Rep. Henry Nwawuba (APGA, Imo) and one other at the resumed plenary sitting on Monday after a one-month budget consideration break.

A Bill on the Code of Conduct Bureau and Tribunal (CCT) and a Constitution Alteration Bill were also contained in the third correspondence sent by the President to the green chamber for its consideration.

Buhari said in the letter that the conveyance of the FCT statutory budget, which aligns with the federal government’s fiscal development policies, was pursuant to section 121 of the 1999 Constitution as amended.

The House Committee on Aids, Loans and Debt Manufacturing on Monday tackled the Director-General of the Debt Management Office (DMO), Patience Oniha and members of her team on the outrageous rise in domestic debts to the tune of N3.3 trillion in 2023

Chairman of the Committee, Rep. Ahmed Safana and other members of the Committee, during the DMO’s Budget Defence Session, expressed concern over the one-trillion naira increase in the nation’s debt profile in the last year, calling on the DMO as the relevant agency to immediately stop the frequency of borrowings.

According to the Chairman, “there is a huge increase in domestic and external debts from borrowed funds by the Nigerian federal administration and the Debt Management Office is entrusted with the role of ensuring frequency of repayment.” the lawmaker noted.

The House Ad-Hoc Committee investigating the Joint Venture (JV) Businesses and Production Sharing Contracts (PSCs) of the Nigerian National Petroleum Company Limited (NNPCL) has expressed concern that oil companies in Nigeria were operating without a Certificate of Acceptance on Fixed Assets (CAFA).

Chairman of the Committee, Rep. Abubakar Fulata (APC, Jigawa) and other members of the Committee made the disclosure at the resumed investigative public hearing during engagement with stakeholders.

Stressing that Nigeria was losing billions of dollars due to malfeasance; the Committee noted that the CAFA, usually issued by the Ministry of Trade and Investment, makes it legal for them to operate.

Chairman and other committee members stated their concerns on Tuesday when the Director-General, Mamman Ahmadu and his team members appeared before them to defend the 2023 budget proposals.

The Committee also expressed concern that an agency critical to the country’s development as the BPP, allocated a paltry sum of N58 million for capital projects in the 2023 budget.

The House of Representatives on Tuesday vowed to thoroughly investigate the activities of the Board of the Lagos International Trade Complex (LITC) over unrecovered revenue worth N6.5 billion.

The decision was a sequel to the motion raised during an investigative hearing of the House Ad-hoc Committee investigating Federal Government’s Leased Properties chaired by Rep. Daniel Asuquo, just as the panel requested reports conducted by the Department of Weights and Measures on the infractions at the oil terminals by some of the operators.

The Committee resolved to recover the revenue accrued to various Agencies and Departments under the Federal Ministry of Industry, Trade & Investment, in line with Sections 88 and 89 of the 1999 Constitution (as amended).

Okechukwu who made an appeal to President Muhammadu Buhari to assent to the bills on Wednesday noted that the Road Fund Bill and Road Authority Bill passed into law by the National Assembly will give a facelift to the sector.

He stated this when the President of the Council for the Regulation of Engineering in Nigeria (COREN), Rabiu Ali led a delegation of the association to present a letter of Honorary Fellowship of the Nigerian Society of Engineers (NSE) to him.

Floods: Tempers high as Reps accuse NEMA of lopsidedness in reach out to states

On Wednesday, members of the Green Chamber, especially those from the South, accused the National Emergency Management Agency (NEMA) of being biased in reaching out to States affected by recent flooding across the country.

These remarks were made at the resumed hearing of the House Committee on Ecological Funds investigating the total consolidated accruals and utilisation of the fund, as the lawmakers raised issues about fairness and equity in NEMA’s handling of the issues.

Chairman of the Committee, Rep. Ishiaka Ibrahim (APC Ogun), and some lawmakers pointed fingers at NEMA’s  Director-General, accusing him of ‘hanky panky’ in the way and manner the situation was handled in their states.

“My constituents are in danger” – Plateau lawmaker cries out

The lawmaker representing Mangu/Bokkos Federal Constituency of Plateau State in the House of Representatives, Solomon Maren, is seeking the international community’s intervention in the wanton killings and maiming of his constituents.

In a very depressed tone, while briefing the press on Thursday, the lawmaker described the situation in his constituency as ethnic cleansing.

“I am deeply pained and grieved by the recent spate of wanton killings and destruction of properties by suspected herders (Fulani militia) in Mangu/Bokkos Federal Constituency, this ugly and barbaric killing of innocent, peace-loving and law-abiding citizen unfortunate, condemnable, censure and of grave concern,” the PDP lawmaker lamented.

NSA to NASS: “President Buhari will hand over a safer Nigeria”

National Security Adviser (NSA), Major General Babagana Monguno (Rtd), says President Muhammadu Buhari has the desire to hand over to whoever is going to inherit what he is working on right now, a safer Nigeria.

Senate This Week: "How can board meeting be a capital project?"