Senate Committee on Defence disagrees with Defence Ministry over the addition of N8.6bn and N2.25bn for the procurement of hardware and Safe School Initiatives in 2023 budget proposals, expunges items from the budget

Ojochenemi Onje-James1 week ago3 min
Senate Committee on Defence disagrees with Defence Ministry over the addition of N8.6bn and N2.25bn for the procurement of hardware and Safe School Initiatives in 2023 budget proposals, expunges items from the budget 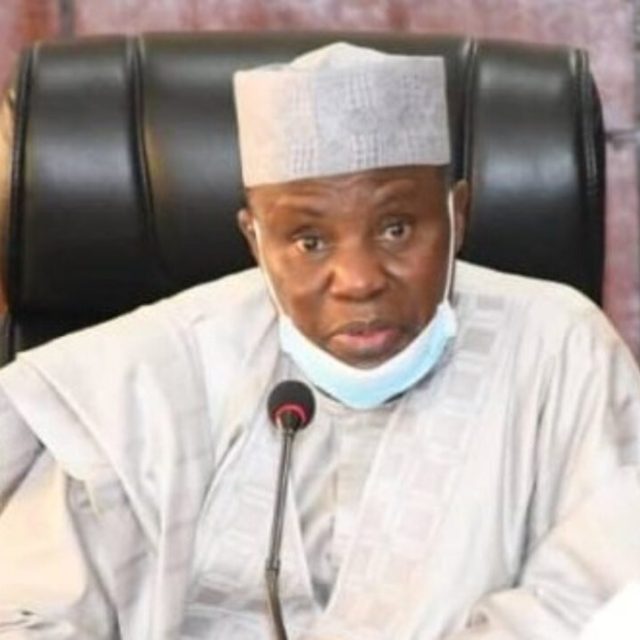 The Senate has lampooned the Minister of Defence, Major General Bashir Magashi (rtd.), over an additional N11 billion proposal in the 2023 budget of the Ministry.

This occurred during a budget hearing session on Thursday, organised by the Senate Committee on Defence. While vetting the document submitted by the ministry, the Committee observed the N11 billion addition in its 2023 budget.

Vice Chairman of the Committee, Senator Istifanus Gyang (PDP, Plateau North), who was the first to raise an observation, stated that the N11 billion comprises N8.6bn earmarked for the procurement of military hardware/equipment and N2.25bn for Safe School initiatives.

In his words: “Hon Minister, in the proposed 2023 budget of your Ministry, N8.6bn is discovered to have been allocated for the purchase of military hardware and N2.25bn for Safe School Initiatives. The two items, when critically viewed, were not supposed to be in the Ministry’s budget since hardware procurements are done by the Army, Navy and Air Force and Safe School Initiative by the Federal Ministry of Education.

These to us, are duplications of budgetary votes which require explanations from you.”

The Permanent Secretary, who responded on behalf of the Minister, informed the Committee that the sum was added to the Ministry’s budget for the 2022 fiscal year by the Ministry of Finance and National Planning.

“The two budgetary votes were not initiative of the Ministry. The Ministry of Finance and National Planning put them there,” he stated.

In his submission, the Committee Chairman, Senator Aliyu Wamakko (APC, Sokoto North), told the Minister that both the N8.6bn and N2.25bn proposals for the procurement of hard wares and Safe School Initiatives would be expunged from the budget.