Members of the Senate Panel on Oil Lifting, Theft and impact on Petroleum Production and Oil Revenues sing discordant tunes with Committee Chairman at presentation of final report; Senate withdraws report for consensus among committee members 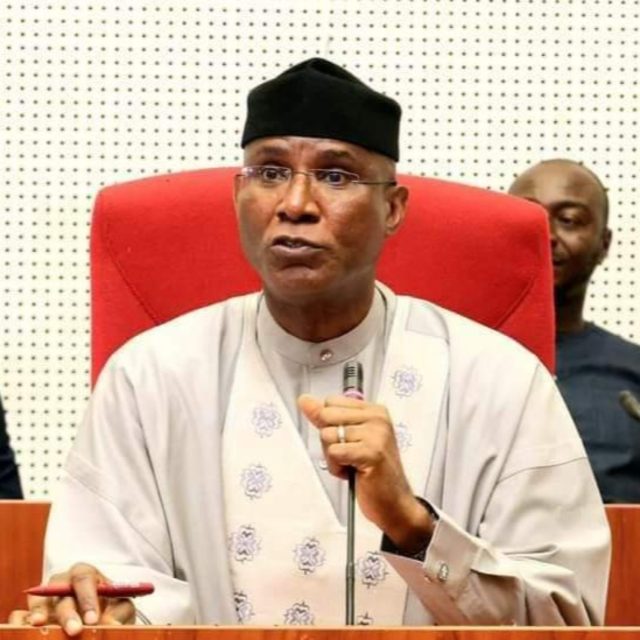 Drama trailed the presentation of a report by a Senate Ad-hoc Committee on Wednesday, as members vehemently rejected and disowned the report during plenary.

It could be recalled that the Senate had on April 14, 2022, constituted a 13-member Ad-Hoc Committee on Oil Lifting, Theft and the impact on Petroleum Production and Oil Revenues under the Chairmanship of Senator Bassey Albert Akpan (YPP, Akwa Ibom North East) who is also the Chairman, Senate Committee on Petroleum ( Upstream).

The Deputy Senate President, Ovie Omo-Agege (APC, Delta Central), who presided over the plenary, was the first to make an observation on the non-signing of the report by members stating that only six out of 13 members signed the report presented to him. Omo -Agege’s observation triggered open confessions by some committee members who outrightly disowned the report.

On his part, Senator Sani Musa (APC, Niger East) openly told the Senate that the six signatures attached to the report were taken from the attendance list taken at the first sitting of the Committee in April, adding that only three and not six members of the committee signed the report.

“As a member, I attended the first meeting along with five other Senators whose signatures were attached to the report. After the first meeting , I was not invited for any other meeting and I did not attend any, making this report before us today, a very strange one to me,” he said

Also disowning the report, another member of the Committee, Senator Kashim Shettima (APC, Borno Central), stated that as a committee member, he was never invited to any meeting and so, he cannot say anything on the report being presented to the Senate for consideration and approval.

Visibly unhappy with the submissions, the Deputy Senate President called on Senator George Sekibo (PDP, River East) as a committee member to suggest a way out of the problem.  Accordingly, Senator Sekibo suggested that the report be withdrawn for consensus among committee members between now and Monday next week for representation on Tuesday in plenary.

Omo-Agege consequently put the suggestion to voice votes, to which the majority of the Senators concurred.