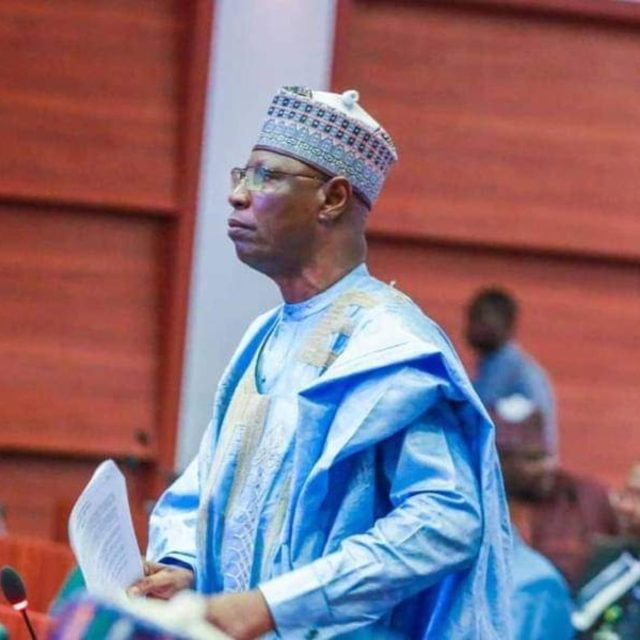 The House Ad-Hoc Committee investigating the Joint Venture (JV) Businesses and Production Sharing Contracts (PSCs) of the Nigerian National Petroleum Company Limited (NNPCL) expressed concern that all the oil companies in Nigeria were operating without a Certificate of Acceptance on Fixed Assets (CAFA).

The Committee said Nigeria was losing billions of dollars due to malfeasance; hence the CAFA, which is supposed to be issued by the Ministry of Trade and Investment, makes it legal for them to operate.

Chairman of the Committee, Rep. Abubakar Fulata (APC, Jigawa) and other members of the Committee made the disclosure at the resumed investigative public hearing during engagement with stakeholders.

The Committee further stated that most of them were making claims of capital allowance from the government without the certificate and may be compelled to make a necessary refund to the government coffers. The lawmakers also indicted Shell BP, Chevron, AGIP, and Total Oil, amongst others, stressing that they committed malfeasance amounting to billions of dollars.

Fulata who reeled out the names of the affected oil companies at the hearing said they must appear before the committee to clear the allegations. He explained that tax evasion by the oil companies was central to the committee’s investigation, covering a period of 32 years, precisely from 1990 to date, stressing that the companies were withholding information from the committee.

“Let me make it very clear that the issue of tax evasion is at the core of this investigation. We have given you ample time to respond but most of the companies deliberately withheld information. All companies in Nigeria do not have the CAFA certificates, and they are enjoying capital allowance amounting to millions of dollars. Things they can’t do in their country, they are doing in Nigeria.

Unless you clear the malfeasance of this allowance, the committee will be compelled by the relevant agency to recover this money,” he said.

The first one is Total Upstream Limited; the second one is Total Upstream Nigeria Limited. Number three, Addax Petroleum is expected to appear before this committee to defend itself against malfeasance of $2.8 billion in respect of OML 123 and 124 PSC. In addition, Total is also requested to appear to defend itself against allegations of $11.2 billion in respect of OML 138.

These are just a few because the data is not yet completed. This is just a tip of the iceberg in terms of the malfeasance perpetrated by oil companies in Nigeria,” the Committee Chair added.

The Committee also directed the Clerk of the Committee to invite the Registrar-General of the Corporate Affairs Commission (CAC), Garba Abubakar, to the next sitting to answer some concerns of the lawmakers.

“Clerk, write to invite the chief executive of the Corporate Affairs Commission at the next hearing,” Fulata directed.

Earlier, the Committee grilled the Managing Director of Seplat Oil, Ayo Olatunde, on a wide range of issues which included the number of oil blocs it operated and for how long, the amount of money paid for acquisition of OMLS and from whom it was paid to; joint venture partnership with NNPC or NPDC; the basis for which the company received cash call of 5 million dollars from the federation in 2017; the contribution of cash call as a counterpart funding and what was received as a capital allowance from the inception of the company’s engagement till date.

To this end, the panel asked the company to provide the details of its payments, the amount paid, the banks, account numbers and statements. The company was also asked to detail “all the jobs you have awarded from 2010 till date. We want to see the due process you followed.”

What you should know:

CAFA is obtained for purchasing assets valued at ₦500,000 and above. At the same time, capital allowance is granted to companies that have incurred qualifying capital expenditure for the purposes of a trade or business to generate taxable.