From tnullification of the primaries that produced him as gubernatorial candidate, to the declaration of his Senatoral seat as vacant; it's been a season of travails for Taraba Senator, Bwacha. Is the lawmaker's political career falling like a pack of cards?

From the nullification of the primaries that produced him as a gubernatorial candidate to the declaration of his Senatorial seat as vacant, it’s been a season of travails for Taraba Senator, Bwacha. Is the lawmaker’s political career falling like a pack of cards? 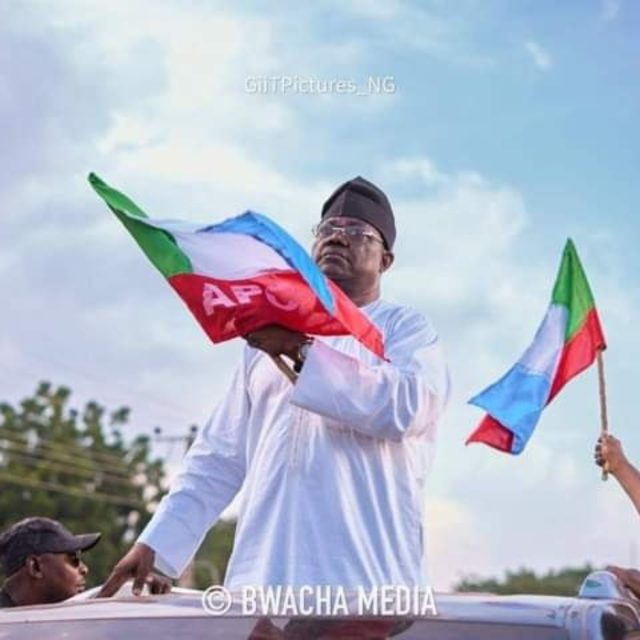 The judgement of a Federal High Court sitting in Abuja that nullified the primaries that produced Senator Emmanuel Bwacha as the gubernatorial flagbearer of the All Progressives Congress (APC) in Taraba State, in a suit filed by Senator Yusuf Abubakar Yusuf seems to have added more salt to the injuries of the lawmaker’s dwindling political career.

Senator Bwacha, a veteran politician and one individual who is reputed to be among the landlords of the National Assembly, a distinct class of lawmakers who have been within the precinct of Nigeria’s legislative arm of Government since the beginning of the current political dispensation in 1999, seems to be experiencing the most challenging period of his political career.

Senator Bwacha’s woes began shortly after the 2019 general elections when he granted an interview to a Taraba-based Newspaper, Taraba Truths and Facts, wherein he reportedly accused Governor Darius Ishaku of betraying him. Obviously, laying bare to the general public the silent war of attrition between them.

The heat generated by that interview in the Taraba political atmosphere persisted and led to the eventual exit of Senator Bwacha from the Peoples’ Democratic Party (PDP), a party where he was a founding member, to the All Progressives Congress (APC), a party he allegedly antagonised in the build-up to the 2015 general elections; describing the party with so many uncomplimentary adjectives.

Bwacha’s move to the All Progressives Congress (APC) came with its own vista of political controversies as he did all he could to seize control of the party from personalities who are often referred to as the founding members of the party in the state. This set of politicians claim to have invested resources that led to the party becoming a beautiful bride; thus attracting people like Bwacha to it. Matters however, came to a head, when he emerged as the party’s governorship candidate in a primary election that many argue was never conducted and cannot pass the test of credibility.

Compounding Bwacha’s problems was the bossy disposition displayed by the party apparatchiks at the National Secretariat who woefully failed the test of leadership by taking sides with the Taraba South Senator despite proper appeals and complaints submitted by his co-contestants in the just-cancelled primaries.

The alleged series of organised injustice by the National Secretariat of the party and implemented by the Lawrence Onuchukwu-led Primary Elections Committee ultimately led to other aggrieved contestants filing suits at a court of competent jurisdictions challenging the outcome of the elections with the most recent judgement delivered in favour of Senator Yusuf Abubakar Yusuf.

This judgement is coming barely four days after a Federal High Court sitting in Jalingo ordered him to vacate his seat owing to his defection from the Peoples’ Democratic Party (PDP) to the All Progressives Congress (APC).

For Senator Emmanuel Bwacha, a personality recently described by President Muhammadu Buhari as a ‘career politician’ during the reception heralding his formal defection to the All Progressives Congress (APC); could this be the beginning of the end of a glorious political career ?