To mitigate the effects of flooding across the country, House of Representatives urges the Federal Ministry of Finance and Economic Planning, as well as the Accountant General of the Federation’s Office to release five billion naira into the Special Ecological Fund Account of each State and Federal Capital Territory (FCT) 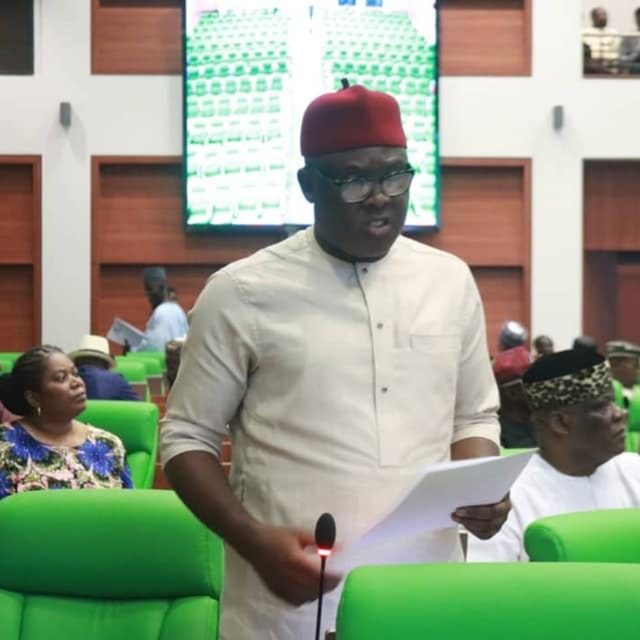 The House of Representatives has passed a resolution urging the federal government to immediately release a princely sum of N5,000,000,000.00 (Five Billion Naira) into the already created Special Ecological Fund Account of each State of the Federation and Federal Capital Territory (FCT) to mitigate the effects of flooding that recently ravaged the country.

Similarly, the House mandated the Committee on Legislative Agenda to coordinate a Technical Working Group (TWG) between the Executive and Legislature as well as industry experts and stakeholders to articulate an action plan to forestall a repeat of such flood and erosion disasters in 2023 and beyond.

These resolutions were sequel to a motion of ‘National Public Importance’ brought by Rep. Henry Nwawuba (APGA, Imo) at the resumed plenary sitting on Monday after a one-month budget consideration break.

The lawmakers urged the federal government to make an urgent request for a Supplementary Budget from the National Assembly, the Sum of N100,000,000,00.00 (One Hundred Billion Naira Only) or more, to the Ecological Project Office- EPO (The Presidency) as Intervention Fund for Mitigation, Recovery and Relieve Programmes across the country.

They also mandated the House Committee on Appropriations to make provision of N200, 000,000,000.00 (Two Hundred Billion Naira Only) in the 20023 Appropriation Year for the Ecological Project Office in the Presidency for flood preparedness, mitigation, response, recovery and relief packages.

According to the lawmakers, most countries across the globe, including Nigeria are passing through devastating effects of floods caused by a combination of factors such as heavy rains, heavy precipitation, severe winds over water, unusually high tides, tsunamis, failure of dam retention ponds and the impact of climate change which makes flood control and management, a perennial challenge.

In his debate, Nwawuba stated, “Waterways navigation and hydroelectric power have also been impaired, leading to colossal financial losses in trillions of Naira.
Disturbed that flood disaster has been identified as one of the fallouts of global climate change, which we have all been collectively responsible for. This trend will continue and even go worse, if we do not see the care of the environment as our individual and collective responsibility.

The need to change our attitude towards the mother earth is of utmost concern if we really desire to put a check or control to these natural disasters that we are left to contend with. We have observed incident trends of late, amongst localities and even countries; it has become a very disturbing issue, the spate of flood risk exposure amongst vulnerable settlements and communities.”

The Imo-born lawmaker expressed worry that the current situation could have been avoided if necessary actions had been taken.

“Further disturbed that recent unpleasant experience in Nigeria could have been avoided or mitigated if we clearly identified and recognised the peculiarity of risk we are exposed to, based on our geographical positioning.

Worried about how we pay deaf ears to the sound and presence of risks associated with flooding, one thing is clear that they will surely occur; whether we plan for them or not. But, strategic planning and adequate funding will help mitigate the effects and facilitate quick and better recovery of lives, properties, economy and the overall environment.

With the public outcry of limited funds, a reactive response should be changed to a proactive response to increase the effectiveness of disaster management and reduce the loss of lives and properties. He further noted that as far back as January 2022, the Nigerian Meteorological Agency (NIMET) warned of impending floods across most states in Nigeria, especially flood-prone areas and could continue until the end of November 2022 in many states.

Aware that in 2012, 32 out of 36 states were affected by flooding, with 363 people killed, over 2.1 million people displaced, about 7 million people affected and a total loss estimate of N2.6 trillion recorded.

Further aware that in 2022, 33 out of 36 states and the FCT are affected, that is, 92% of the entire country, over 600 people killed. Over 1.4 million people displaced, and over 2.5 million people were in need of humanitarian assistance, with over 60% of this number being children. Concerned that Nigeria appears to be unready for climate change, with a ranking of 162 out of 180 countries in the Environment Performance Index.

Disturbed by the fact that the dimensional impact of this unfortunate situation are that we can expect a food crisis, Humanitarian crisis, Health crisis, and revenue shortfall in Nigeria come 2023,” part of the motion read.


In passing the motion, the Presiding officer, Femi Gbajabiamila mandated the House Committee on Legislative Compliance to ensure compliance and report to the House within one week.

The Senator Bwacha Travails: The end of a glorious political career?