Lawmakers in the House of Reps assure Nigerians that Diaspora Voting Bill will be re-introduced, as Abike Dabiri-Erewa-led Nigerians in Diaspora Commission (NiDCOM) appears before House Committee on Diaspora 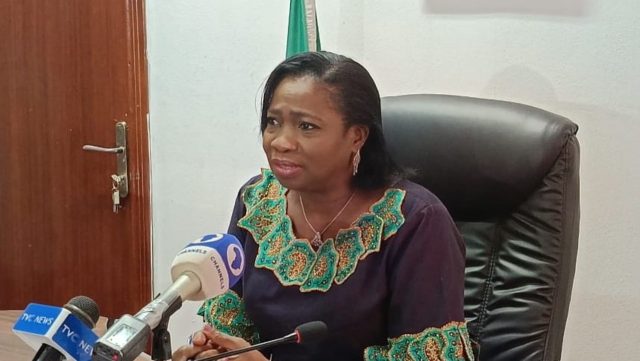 The House Committee on Diaspora, Thursday pledged to reintroduce the Diaspora voting bill in so as to accommodate Nigerians living abroad.

Chairperson of the committee, Rep. Tolulope Shadipe, disclosed this when Abike Dabiri-Erewa, Chairperson and the Chief Executive Officer (CEO) of Nigerians in Diaspora Commission (NIDCOM) and her team appeared before the Committee.

Dabiri-Erewa was at the National Assembly to defend the Commission’s 2023 budget and the 2022 budget performance.

According to the Committee Chairperson, “We are going to reintroduce the diaspora voting bill which was rejected during the constitution amendment exercise.”

She noted that the bill for the Diaspora voting would pass this time because that is the direction the world is going and Nigeria must not be left behind.

“We would be back with the bill. They are Nigerians and they have the right to vote in Nigerian elections. The modalities and the issues that were raised the last time would be resolved and we would come back to it.

Many citizens of Nigeria are leaving the country and the Nigeria Immigration Service is complict in this issue of illegal migration. Once the immigration authorities are complict, we are only making notice,” she added.

Rep. Shadipe also stated that the Committee would look at the issue of people of Nigerian descent who were currently not Nigerians but want to return home after the DNA tests proved that they had ties to Nigeria.

On March 1, during the clause-by-clause voting on bills for Constitution Amendment by the House of Representatives, the quest to pass the bill on diaspora voting suffered a setback, as the lawmakers rejected the bill during the exercise.

In her remarks, Dabiri-Erewa, who is a former member of the House of Representatives, urged Nigerians to stop migrating to other countries if they did not have jobs there awaiting them.

According to her, eighty percent of prisoners in Dubai are Nigerians, who went there without jobs and got into trouble, adding that there was need for a stronger multi-sector collaboration to stop the trend.

One month after, House of Reps to resume plenary