Following a successful term after his election to the Red Chamber on the platform of the majority All Progressives Congress (APC) in 2015, he won a re-election to the Ninth Senate and has five bills to his credit in the 9th National Assembly. Guess who the spotlight is on

This week’s episode of Parliament Spotlight is on 66-year old Senator Yusuf Abubakar Yusuf;  a member of the Ninth National Assembly and current Chairman of the Senate Committee on Special Duties which supervises the National Emergency Management Agency (NEMA).

Here are some interesting things to note about the second-term lawmaker: 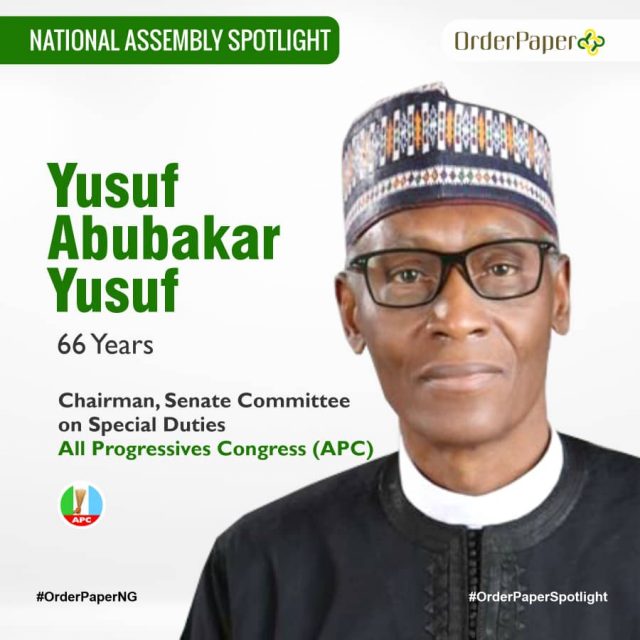 #MondayMeme: Rules of Debate in the Senate (Part 1)