Dr. Ekpe in this opinion piece captures the public perception of the Ninth National Assembly; urging it to take the concept of legacy seriously in this final legislative year

“THE EXISTENTIAL THREATS FACING THE NATION CAN ONLY BE CHECKMATED IF YOU ASSUME YOUR DUTY OF BEING ON THE NECK OF THE EXECUTIVE AND INSISTING ON GETTING THE RIGHT THINGS DONE.

YOU OUGHT TO BE CONCERNED ABOUT THE LEVELS OF ACCOMPLISHMENTS OF YOUR NUMEROUS COMMITTEES.”

Ever since the President of the Senate, Dr Ahmad Lawan, declared at the inception of the Ninth National Assembly that the Senate under him would give the executive arm total loyalty, not questioning anything that would come from President Muhammadu Buhari, I have been worried for the current democratic practice in Nigeria itself. And I’m not alone.

Whatever he wished to achieve with that open, wholesale and ruthless commitment, he inadvertently rubbished the intentions and efforts of those who, down the ages and in different locations across the globe, contributed immensely to the institutionalisation of the noble and theoretically sound political system called democracy.

Lawan instantly appeared to me as someone who, though not new to the legislature, was yet to fully come to terms with the centrality of that arm of government. While not underrating the other two branches, namely the executive and judiciary, the legislative wing is the hub of representative governance, a melting pot of the diverse aspirations of the entire country.

If it becomes ineffective by any means, the overall project of nationhood descends into peril, either visibly or covertly. If on the other hand, the statement made that day was to convey the readiness of the federal legislators to reduce or eliminate needless rancour with the presidency, that was clearly not properly expressed.

The docile image the men and women of the Red and Green chambers of the National Assembly have attracted to themselves is, therefore, well-earned. Somehow, apart from a few moments of self-discovery, like the debate and signing of the new Electoral Act, this national legislature has stayed on its self-assigned course of non-confrontation, even in situations that require scrutiny and assertive oversight. That cannot be classified as a virtue.

For most Nigerians, the present crop of National Assembly members does not represent the best in this political dispensation. It was probably the realisation of that perception that informed the move to impeach the president before the lawmakers went on recess.

That it came after the psyche and mood of the country were viciously fouled by the video where terrorists brutally whipped their captives in a Kaduna forest should ordinarily be a ready catalyst, depicting a dire security situation that has immense negative impact on virtually every Nigerian and other people of conscience.

The mostly opposition senators with the support of some members of the House of Representatives who did not stop at giving President Buhari an ultimatum, but went on to threaten him with removal from office, if he failed to restore order within six weeks, did so with the hope of winning the confidence of their fellow citizens, in addition to dispensing their constitutional responsibilities.

As expected, reactions from the presidency were, at best, dismissive. The presidential spokespersons’ attempts to pour cold water on it were largely received with disdain. Mr Femi Adesina called the agitation, ‘bravado’ while Mallam Garba Shehu spoke of ‘babyish antics’. Some public opinion leaders have reminded Nigerians of the constitutional powers of the National Assembly to impeach the president if it is convinced to do so. Interesting, though predictable, exchanges, one must agree.

For me, the people of this country are already overburdened by attacks and rumours of attacks. Adding melodrama to this combustible atmosphere the way the distinguished senators and honourable members of the federal legislators have done at this point is diversionary and will now serve the exact opposite of the purpose for which it was designed.

If for nothing else, the timing falls flat on both legal and moral grounds. The eight impeachment steps stipulated in Section 143 of the 1999 Constitution cannot be justifiably taken within the remaining months in the life of this administration. One of the most passionate explanations of the rationale for the impeachment plan was provided by Senator Francis Fadahunsi (Osun East Senatorial District).

According to him, “We have been talking and giving suggestions on how we could end the insecurity challenges facing the country, but the head is hooked to the Villa. He has been frustrating all moves by us to take drastic measures against the president.

We have now made up our minds to strike now that the iron is still hot, instead of wasting our time and cooperating with the Ahmad Lawan leadership while the nation is being destroyed by terrorists, with no plan by the government to stop them.

We won’t wait until we are all killed. We have now decided to pull out of the rubber stamp arrangement so that the whole Nigerians would know that we have not been in support of the failing economy, the huge debts accumulation, falling naira, insecurity across the country, and the unprecedented forms of corruption going on in the polity.

Unfortunately, the man heading us now was leading the opposition lawmakers before and was challenging the rots in the system then. Now, he doesn’t want anyone to challenge the Buhari government when things are falling apart every day. Any leader that opposes such challenge in a democratic setting must also be challenged because we are elected by the people.

Go and interview most of the senators. There is no effective oversight of the ministries, departments and agencies of the federal government. Buhari will bring the budget and his people here will want us to pass it as he brings it.

No examinations and heads of MDAs are doing what they like. Those who voted for Buhari in 2015 thought he could contain the insecurity, being a former military general, but, unfortunately, things are getting worse under his watch and he appears helpless.”

That sounds more like the wailing of an activist and not a proper observation by a representative of his people who wants to be taken seriously. Let’s be clear about the gravity of the contents of the senator’s lamentations. They are known facts, readily admissible in the court of public opinion.

The realities painted by Fadahunsi are so penetrating in the lives of many Nigerians that the hope for a greater tomorrow has since been replaced with intense prayers to survive just one day more. The main problem with even merely thinking of sacking Buhari at this point is, why now?

Even if he deserves to be shown the way out of the Villa (some people are not convinced he does), why did the senators wait till the twilight of his government to distance themselves from his real and perceived failings and punish him for same?

True to the predictions of those who have watched the National Assembly’s ways of doing things over time, some of its members who were shouting “Buhari must go” only a few days are now in the process of recanting their stand, as reported in some dailies at the weekend.

On a final note, dear Assembly men and women, for the sake of positive posterity, hoping that you are bothered at all by it, try to redeem whatever is left of your honour and sense of worth as servants of the long-suffering people of Nigeria.

This cannot be achieved by pursuing unrealistic goals. The existential threats facing the nation that are well known to you can only be checkmated if you assume your duty of being on the neck of the executive and insisting on getting the right things done.

You ought to be concerned about the levels of accomplishments of your numerous committees. Let it be on record that you have spent your time in your ‘hallowed’ seats making beneficial laws and pushing programmes that can safeguard the lives and wellbeing of the citizenry.

Although the concept of legacy now appears distant to us, it will surely matter. Someday.

Dr. Ekpe is a member of THISDAY Editorial Board 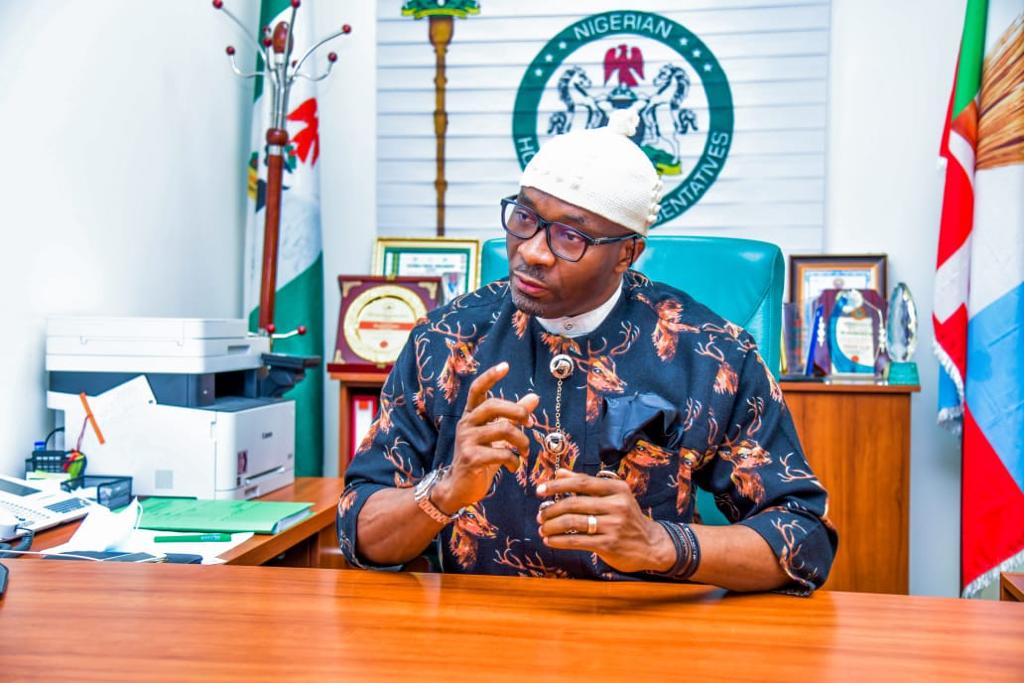 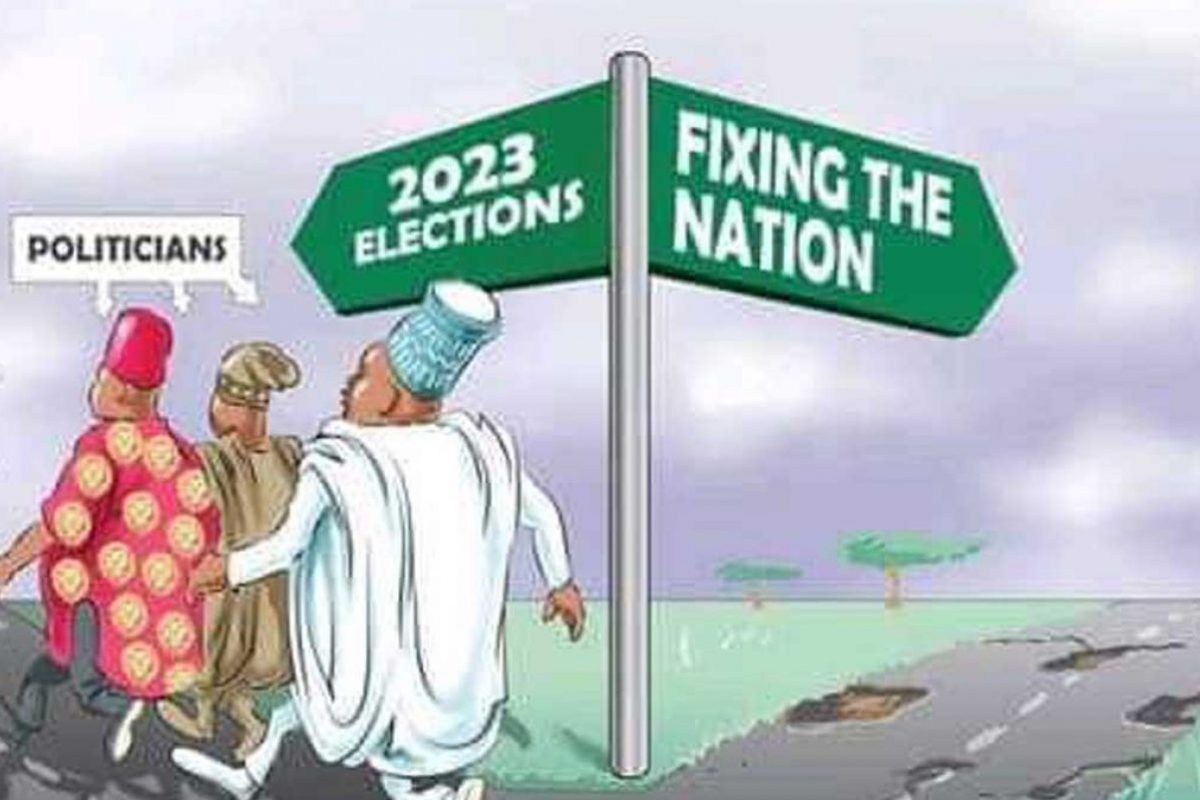